Governor Udom Emmanuel of Akwa Ibom State has cautioned politicians in the State to desist from heating up the polity with 2023 succession plans. 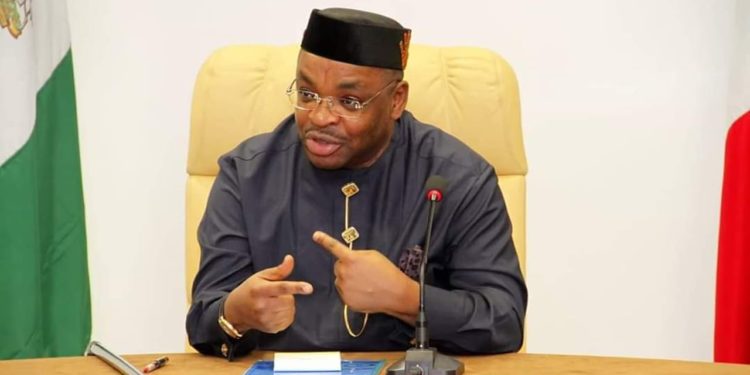 He noted that such a move was a tool of distraction which would affect the government in delivering on its campaign promises.

Gov. Emmanuel stated this on Wednesday in his broadcast speech tagged, ’33 YEARS OF GOD’S FAVOUR AND GRACE!’to commemorate the 33 year anniversary of the State.

He also warned appointees to refrain from engaging in devious political ambitions that would affect Akwa Ibom people.

According to the statement, “There is no need to heat up the system with unnecessary and unhelpful agitations for 2023 succession plans. When the time comes, our God, to whom all power belongs will guide and direct our footsteps

“Let me again ask you my dear people to de-emphasize the flaming passion of partisan politics and build a solid State where our children will look back and say “thank God that we once had a revolutionary and visionary leader who saw things through the prism of the common good as opposed to doing so, through political lenses.

“I call on our stakeholders across the political divide not to de-market the State or to sponsor spurious and false allegations against those they disagree with politically. We should not poison the well of our brotherhood with vitriolic attacks on our leaders using blackmail and other unwholesome tendencies.

NEWS:  Abia Poly: Details of summit on repositioning of institution

“Let me use this opportunity to caution all those who may entertain certain devious political ambitions to refrain from some of the antics which we already are aware of.

Governor Emmanuel also listed his achievements in the past five years to include Industrialization, massive road network, Agriculture revolution, free and compulsory education occasioned by school infrastructure, Aviation as well as better life for citizens and urged residents to cooperate with the government in the second term completion agenda.