Gideon Ikhine, Ogbeide-Ihama and Kenneth Imasuagbon are the three men that were screened and cleared by the party for the primary. 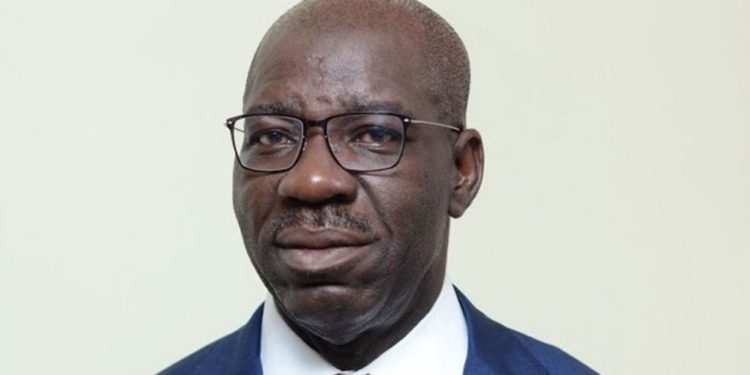 The Peoples Democratic Party (PDP) has so far failed to convince the three aspirants on its platform, to step aside for Edo State Governor, Godwin Obaseki, ahead of their primaries, ThisDay reports.

However, Obaseki’s decision to dump the All Progressives Congress (APC) for PDP, has changed the complexion of the game.

Obaseki defected to the opposition party along with his deputy, Hon. Philip Shuaibu.

The PDP primary was initially scheduled to hold last weekend, but has now been postponed until tomorrow, because of the new developments.

Ahead of Tuesday’s primary, Obaseki has met with Governor Ifeanyi Okowa of Delta state; Chairman of the PDP Governors Forum, Aminu Tambuwal and the Governor of Rivers State Nyesom Wike, to strategise on how to get him the ticket.

It is understood that a meeting that held Saturday night between key PDP leaders and the three governorship aspirants ended in a deadlock.

Imasuagbo, Ogbeide-Ihama and Ikhine have so far refused to be yield to pressure from every quarter

“Yes, there is pressure from them. But it is not about pressure, but about doing the right thing in line with the constitution of the Federal Republic of Nigeria, due process and the Electoral Act.

“It is disappointing and a big shame in Edo State and the entire nation and it portends danger for the country and the party. Nigerians should rise up against what is happening. We are not in the jungle; it is not a do-or-die affair, but about the process. It is totally unacceptable,” Imasuagbon said.