Any such body which continues to deprive the people their chances to quality life as greatly as the federal government envisaged, due to the high level of corruption that has resided in it,  such body should not be allowed to continue. 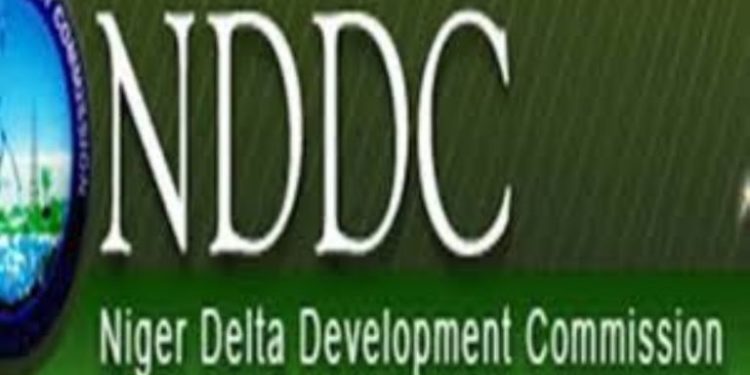 Before anything, there is the need to make a point about the nature of corruption and its agents which Nigeria has on its hands. They both act and work with the fullest of temerity by which they are the first to launch offensives, especially when they are filled with the fear of getting to be exposed.

They have therefore mastered this modus operandi and have grown so big doing this, that they appear to be untouchable. No wonder, therefore, President Muhammadu Buhari never used two words in telling the nature of this pandemic for the whole of the period that his presidential campaign lasted in 2014/2015.

He meant these words, “If we don’t kill corruption, corruption will Nigeria.” And because of the daring nature of this economic parasite, the most targeted by the corrupt militia groups, scattered everywhere, is he who attempts to stop corruption.

Hence the attempt on the life of Mr. President, which he described as “never been this sick” in his life. There is therefore the need for the crowned agents of corruption and its resultant  consequence, poverty, to know and be fully aware, that all Niger Deltans whose rights to a quality lifestyle, as the much talked-about Dubai, have been truncated for as old as the Niger Delta Development Commission (NDDC). NDDC was established to empower and  transform the lives of Niger Deltans exactly to that Dubai height of lifestyle, if not more.

Unknown to many, this Commission, far from  expectations and away from prying eyes, is the epicenter of corruption in Nigeria. Any such body which continues to deprive the people their chances to quality life as greatly as the federal government envisaged, due to the high level of corruption that has resided in it,  such body should not be allowed to continue. And if it must continue, then, it must be made to exist well and free of corruption so that it can serve the purpose for which it was established.

In the wisdom of President Muhammadu Buhari, this is where the current NDDC’s Interim Management Committee (IMC) comes to show and deserve the cooperation and support of all. To disagree with the decision of  President Buhari in committing to rid the NDDC of corruption,  is to take sides with corruption against the ordinary people of Niger Delta.

This Forensic Audit, ordered by Mr. President, is a clean up that must be done. The Pondei-led management, tasked with holding forth while the Forensic Audit lasts, should know that whoever has agreed to work with Mr. President against corruption, must expect, prepare and endure the almost intolerable persecution that doing so attracts. This, therefore, takes us to a story published in one of the online news papers (Name with-held), on Monday May 18, 2020 in which serious allegations were published against the Acting Managing Director of NDDC, Professor Poudei Kemebradikumor, in a way that caught attention of any reader.

The report said: “The NDDC big boss who in his watsApp message become more of a vocal spiritualist and curse merchants displayed a high sense of churlishness and confused Christian unexpected of his he out of magnitude with the highest academic robe on Earth, when not much defense to put up in the whole question on the Akpabio’s saga bluntly lay a stylish but certainly ineffective curse on Daily Watch reporter for daring to question him and expose the magnitude of financial misappropriation in the commission with facts and do comments on the raging looting spree that has engulfed the Niger Delta Minister Godswill Akpabio and himself.”

The report was not really a long one but one will make do with only this long quote here because it says it all about the intentions of both the think-tank for that effort, the reporter who reported it and Daily Watch itself. If it is really a media outfit instead of a business concern with no values consciousness, would it allow attack on anti-corruption to be published through its medium?

This will be proved in the very comment of the NDDC’s boss, which the reporter misinterpreted as a curse on him and which he, himself quoted thus: “In the very ungentlemanly and disgraceful words of Pondi during the questioning and for lack of answers to well spelt out questions he amongst others on his watsApp handle started as follows”, and the reporter finally exposed himself.

Professor Pondei, was quoted as saying, “May God almighty judge between us if I said what is written in all these reports, may God punish me severally if I am innocent in this Rodnap issue may God’s wrath come upon you (Mr. Reporter) swiftly.  I will never respond to you ever again,” the NDDC Ag. MD was quoted by Daily Watch in its Monday May 18, 2020 report titled, “NDDC N40b Probe: Prof. Pondei swears in frustration over looting saga”.

If what the newspaper called a rain of curses on its reporter is truly what it by itself quoted in its own publication as seen here, then it leaves more questions than answers. Pondei said he did not say any of the things you must have credited to him and which may have been intended either against his person, the trust the President reposed in him and his Interim Management Committee (IMC) and interest of Niger Delta and Nigeria in general. What were those things he did? You did not state them.

What were your questions to him which then incurred upon you his curses as you wrote and published? You did not state them.   Therefore, when your report’s content is brought side-by-side with the headline that you gave to it, then there is clear display of a concerted effort to smear the image of Pondei, Minister of Niger Delta in the person of Chief Godswill Obot Akpabio, Dr. Cairo Ojougbo and to challenge and discredit even the very authority and integrity of President Muhammadu Buhari, who set up the IMC that the professor heads with a term of reference.

The truth, as far as findings in post-all of these media war of only offensive launchers without defending forces are concerned, is that those who are attacking Akpabio, Pondei and Ojougbo over this NDDC Forensic Audit, are not really attacking the minister and the NDDC team.

They are actually attacking President Muhammadu Buhari who sent them on a national assignment.   It is really ominous to find out in the course of our investigations that people pushing all of these negative impressions and “fake stories” into the airwaves and internet to destroy Akpabio and the Pondei-led team,  are found to be aides to Deputy Senate President with a Henry Efe Duku at the lead. They are also ensuring that they dominate the social media so that the vulnerable visitors to those platforms who do not ask questions will take what they spew out, hook, line and sinker in a one-way traffic manner to go on polluting the airspace with massive misinformation.

Further investigations reveal that the whole problem started when, having been inundated with several complaints and calls about how over N300 billion pumped in to develop the Niger Delta via the NDDC had gone with the wind with nothing to show except that poverty became the lots of the helpless people who were already living like having no solution to their problems, President Muhammadu Buhari then decided to bring change to the Commission.

What the President did was to dissolve the existing management and then appoint a new one.  The Deputy Senate President, Ovie Omo-Agege, had hoped to nominate his cronies, who were allegedly in the same system that ran NDDC down leading to the Presidential Forensic Audit hammer, to be in the new management to be set up. President Buhari declined, insisting on doing his job of appointing as given to him by the constitution.

That was how the Pondei-led Interim Management Committee (IMC) of freshers was set up. Based on citizens’ recommendation, the President approved a forensic audit of the NDDC from years back. A source in the Niger Delta said: “Let me tell you the truth, before now, there used to be a very massive budget for NDDC.

Those who fed fat on those budgets and who would not allow them to have the impact they were meant for on the people are boys to a very prominent politician who was  governor and still wields relevant political influence in the political and economic affairs, not only in the Niger Delta, but also in Nigeria.