The rift between them began shortly after the 2019 general elections following the alleged suspension of the governor from the party for alleged anti-party activities. 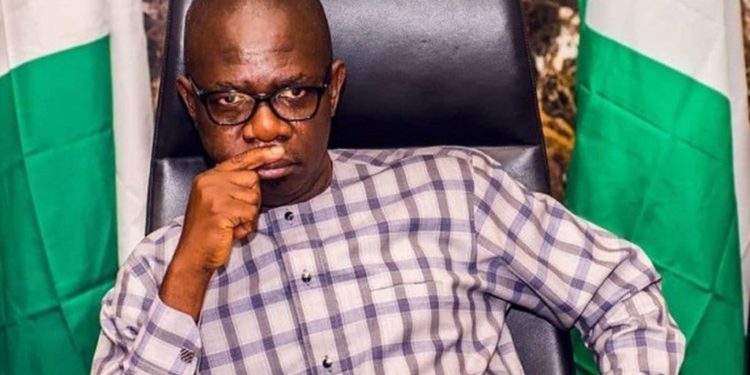 Barring any last minute change, the Deputy Governor of Ondo State, Hon. Agboola Ajayi will in a matter of days move from the ruling All Progressives Congress, APC to his erstwhile party, the opposition Peoples Democratic Party, PDP.

The speculation that the Deputy Governor has been planning to contest against his boss, Governor Oluwarotimi Akeredolu at the October 10, 2020, governorship polls came to fruition following secret meetings held over the weekend with some party leaders within both the APC and the PDP.

DAILY POST also gathered that some APC stalwarts in the State will be making the move with the deputy governor.

Notable among the stalwarts is Prince Sola Amodeni, a former cabinet member who was sacked by Akeredolu in 2019, alongside two others.

At one of the meetings held separately at one of the residence of a party chieftain in Ijapo Estate, Akure, Ondo State capital, Ajayi was said to have disclosed to the party leaders of his planned move to the PDP as he sought their support ahead of the move.

Recently there had been cold feud between the governor and his deputy, with the battle taken to the camps of both leaders.

The deputy governor was accused to have been behind the purported suspension. He was said to have been confronted by the governor with evidences of his meetings with top members of the party in Abuja.

Also, when the governor was ill last year following his prolonged stay in Abuja for treatment, the camp of the governor alleged that the deputy governor had mounted pressure on the House of Assembly to activate the doctrine of necessity in order to make him the Acting Governor.

Giving details of the meeting held in Ijapo, a source who craved anonymity stated that Ajayi’s meeting with them was basically on the move to PDP as he is soliciting the support of his allies.

“The deputy governor invited us to the meeting. He is actually looking for confidants that will make the move with him to PDP and some allies that will stay put in APC but will work underground for him.
“He lamented during the meeting that APC is not a party which we all know ourselves. Akeredolu not being a partyman also contributes to the problems in the party in the state.

“Agbo also told us in confidence that Olusola Oke spoke with him on his ambition but that he assured him that if APC gives him the ticket, he will work for him.

“I think his ultimate aim at present is to ensure that Akeredolu is not re-elected, that he told us too.

“He didn’t come out straight to us of his plan to contest under the PDP but I think he hinted one of us that the PDP ticket is already within his grasp.”

Meanwhile, there are indications that Ajayi might pair with Eyitayo Jegede, the PDP governorship candidate during the 2016 polls.

Reacting to development, the National Vice Chairman of PDP, South West, Eddy Olafeso stated that Ajayi was not yet to become member of the party. He noted that membership procedure is well stated in the party’s constitution.

On his part, the Chief Press Secretary to the Deputy Governor, Babatope Okeowo described the purported move of his boss as speculations.

“All these are speculations and we don’t react to speculations. When it is time we will cross the bridge.

“What I know is that he is the Deputy Governor of Ondo State and Deputy to Governor Oluwarotimi Akeredolu, so any other speculations we don’t react to it,” Okeowo said.