Human Rights Writers Association of Nigeria, HURIWA, has described the reported reorganisation of the Nigerian Police Force by the President Muhammadu Buhari administration as cosmetic and deceptive. 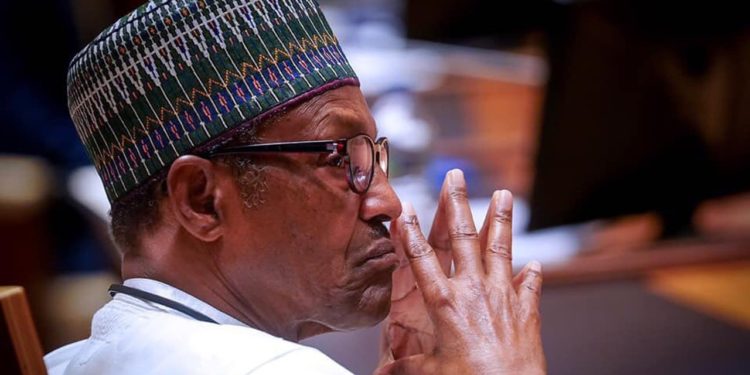 The Federal Government had a few days ago unveiled a major reorganisation of the Nigerian Police Force as approved by President Buhari.

HURIWA said this in a statement signed and made available to DAILY POST by its National Coordinator, Comrade Emmanuel Onwubiko and the National Media Affairs Director, Miss Zainab Yusuf.

In the reorganisation, the government carved out additional zones from the existing ones, while some top police officers are re-assigned to head the newly upgraded policing centres.

However, HURIWA described the development as a mere scratch on the hard surface of the incapacitated Nigerian policing institution.

It noted that the Nigerian police had outlived its usefulness, requiring a much more fundamental reforms and restructuring which could help bring it to terms with the twenty-first century compliant global best practices.

The Rights group lamented that the current administration, including the legislative arm, lacked the required political will to design and implement the best kind of emphatic, comprehensive and strong constitutional reforms of the police.

HURIWA said that President Buhari, by coming up with these reforms, had jettisoned the amendments made by the last session of the National Assembly, in which state Police was recommended.

The Rights group said it was unlikely that the current National Assembly, which it described as a stooge to Buhari, can spearhead the much reforms needed in the police institution.

According to the Emmanuel Onwubiko-led group, the Buhari administration was embarking on mere ‘patch patch’ work or little by little damage control.

It noted that the Nigerian Police Force had faced extensive collapse which has manifested in the sacking and destruction of several communities and killings by unidentified gunmen and in some cases by suspected armed Fulani herdsmen without the police taking steps to even prevent those calamities and were unable to investigate, arrests and prosecute these offenders.

“As it is now, there are hundreds of persons with blood in their hands who have escaped the full wrath of the law because of the operational collapse and incompetence of the Nigerian Police Force,” HURIWA said.

For HURIWA, Buhari’s appointment of the Deputy Inspector General of Police to take charge of zones is not the way out.

“The way out is to decentralise the command and control platforms of the Nigerian Police Force by creating State and local policing institutions to compliment the National policing infrastructure.

“The State and local police should be autonomous on operational mechanisms and must be staffed by the most competent professionals and these newly legislated policing platforms should be well equipped and supervised efficiently to discharge their mandate of protecting the lives and property of citizens in their areas of jurisdiction,” it said.

HURIWA appealed to the Buhari government to go all out in carrying out far reaching legal reforms that will usher in a rebranded, efficient and effective security architecture that will see the command and control of the Nigerian Police Force decentralised in the real sense of it.