The win definitely sent shock waves round the world but right there in Malabo and every part of Equatorial Guinea, while the world was in shock, there were celebrations long into the night. 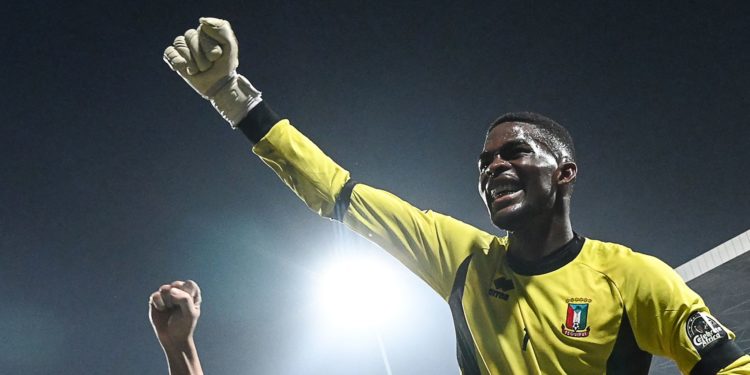 Jubilations, merriment, excitement and unforgettable moments summed up the night enjoyed by Equatoguineans world over following the national team’s triumph over Mali in a penalty shoot-out after both sides had played out a goalless draw after 120 minutes in the last Round of 16 clash at the ongoing 2021 African Cup of Nations.

Goalkeeper, Jesus Owono, was the star of the show as he pulled off two crucial penalty saves to secure his country’s place in the last eight. Owono had already shown his penalty savingabilities in the group stage when he denied Sierra Leone a goal from the spot by saving a Kei Kamara kick. The 20-year-old is solidly building a reputation as Equatorial Guinea eventually won 6-5 on penalties.

READ MORE: Equatorial Guinea Establish New Curfew from 12am to 6am; International Flights to also Resume

Equatorial Guinea put a brilliant and resilient performance in defence and were also able to carve out scoring chances as they once again showed the organisation, growth and confidence witnessed from their opening day loss to Ivory Coast. The Nzalang Nacional, as they are called, have been one of the surprise countries at the ongoing African Cup of Nations and despite losing their opening game, defeated both defending Champions, Algeria and Sierra Leone to finish second in their group.

While Jesus Owono was the hero in the penalty shoot-out, 22-year-old, Saul Coco, was the bedrock of Equatorial Guinea’s impressive organisational display at the back during the course of 120 minutes. The Las Palmas centre back has proven to be one of the standout defenders at the tournament and was duly awarded the Man of the Match last night. His composure and quality were key in keeping out the more prominent Malian team. Coco also went on to score in the penalty shoot-out.

The win definitely sent shock waves round the world but right there in Malabo and every part of Equatorial Guinea, while the world was in shock, there were celebrations long into the night. Equatoguineans could be seen to be ecstatic as excitement gripped the populace following the win.

These players have made history and have become heroes back home. The coaching crew led by Juan Micha have also earned their stripes.

Equatorial Guinea will now face Senegal on Sunday in a quarter-final tie; working, hoping, believing their fairy tale run at the 2021 African Cup of Nations will continue.