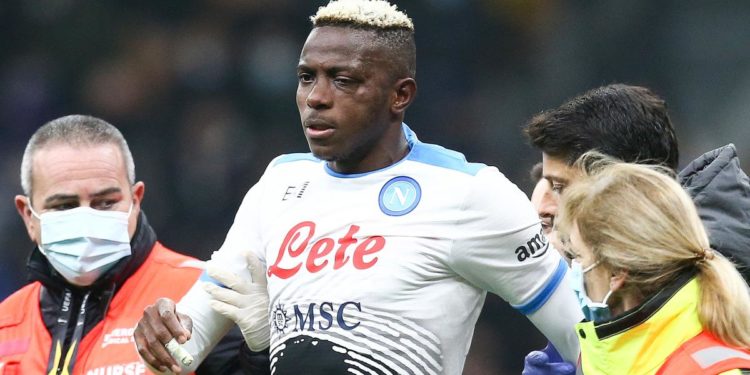 Super Eagles Forward Victor Osimhen will undergo surgery on his fractured cheekbone later today, according to his club Napoli.

In a statement on Napoli’s official website, the Nigerian international returned to Naples from a hospital in Milan on Monday but will remain under the supervision of the doctors.

The blue striker was injured during the Inter-Napoli match at San Siro on Sunday. A clash of the head with Inter defender Milan Skrnia left him with multiple displaced fractures of the orbit and left cheekbone.

Napoli said in a statement. “Victor Osimhen will return to Naples in the evening, will remain under observation, and will be operated on tomorrow by Prof. Gianpaolo Tartaro assisted by the Healthcare Manager of the club Dr. Raffaele Canonico.”