says he fell in love with its concept because it is free, or rather “free-to-pay“ as those who install it are free to pay what they want 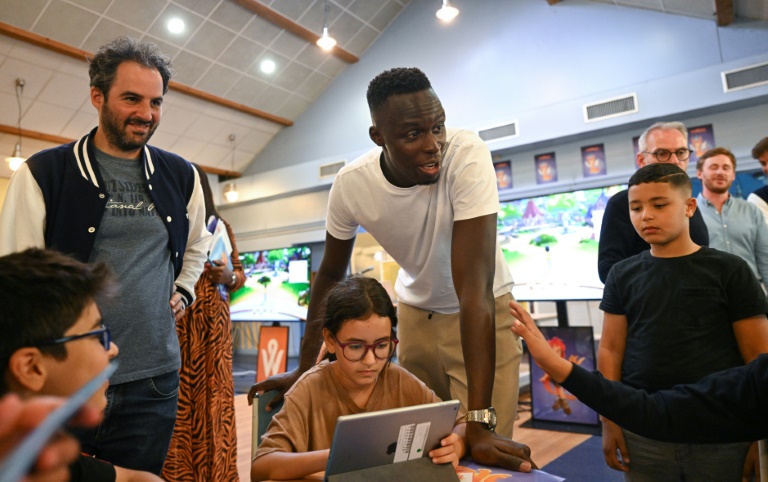 50 school children from Drancy, in the northern Parisian suburbs, were able to spend some time with Champions League and African Cup of Nations winner, Edouard Mendy as the Senegalese international continues to give back to society. The Chelsea goalkeeper is part of a project called ‘PowerZ’ which vows to educate the young generation via a free online video game.

The well admired goalkeeper who helped Senegal lift its first African Cup of Nations this year also financially invested in the development of ‘PowerZ’.

The Father of two young boys aged four and six also says he fell in love with its concept because it is free, or rather “free-to-pay“ as those who install it are free to pay what they want or can, says Mendy.

PowerZ was designed by a team of 50 people including video game and pedagogy specialists. Its Founder and CEO is Emmanuel Freund who praises the player’s values.

Relatively unknown in 2020 the Senegalese has gone on to conquer the world with 2021 European Champions Chelsea, a major part of the Blues squad that lifted the FIFA Club World Cup for the first time in their history.

Alongside lifting the Champions League, Mendy has also won the UEFA Super Cup and Club World Cup, as well as lifting the Africa Cup of Nations with his country Senegal after saving a penalty in the final.