Former Ufc Champions, Israel Adesanya And Kamaru Usman Remain In The Top Three Of The Latest Ufc Pound-For-Pound Rankings Despite Both Losing Their Belts In 2022. 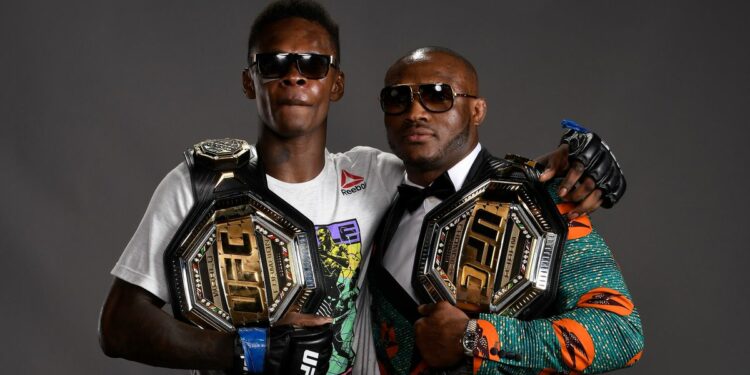 Bleacher Report updated the rankings after the final pay-per-view of the year at UFC 282 in Las Vegas.

All that is to say not much has changed since the last update of the rankings, but since this will be the final update of the year, it shows how the pile is set heading into 2023.

Adesanya takes the number three spot in the latest rankings after he had previously dropped to number five.

Despite leading on all three scorecards in his UFC 281 title defense against long-time kickboxing rival Alex Pereira, Adesanya succumbed to a fifth-round stoppage for his first loss at middleweight inside the Octagon. An immediate rematch is likely despite the fact that Pereira now owns three victories over Adesanya across two combat sports.

For the first time since unifying the belt in 2019, Adesanya is no longer sitting atop the middleweight division and is now the No.1 contender. However, the rankings still have him top of all middleweight fighters and even five spots above Pereira.

Usman is not at number two in the list coming up from the number three place.

Usman looked on his way to a sixth title defense and a tie with Anderson Silva for consecutive UFC wins until a miraculous head-kick knockout from Leon Edwards in Round 5 shocked the world at UFC 278. An immediate trilogy bout appears like the next move for the 35-year-old who yielded the first takedown of his career in the opening round.

AfroSports: Meet the African nominees for World Athlete of the Year awards

The next fight between the two has been predicted for March 2023 and the result of that fight could see Usman take his number one spot at the rankings once more.

Top of the pile and the current pound-for-pound king, Alexander Volkanovski is number one.