"Of course, when you see someone you look up to doing well, you want to definitely be like them. So this is going to motivate and inspire them 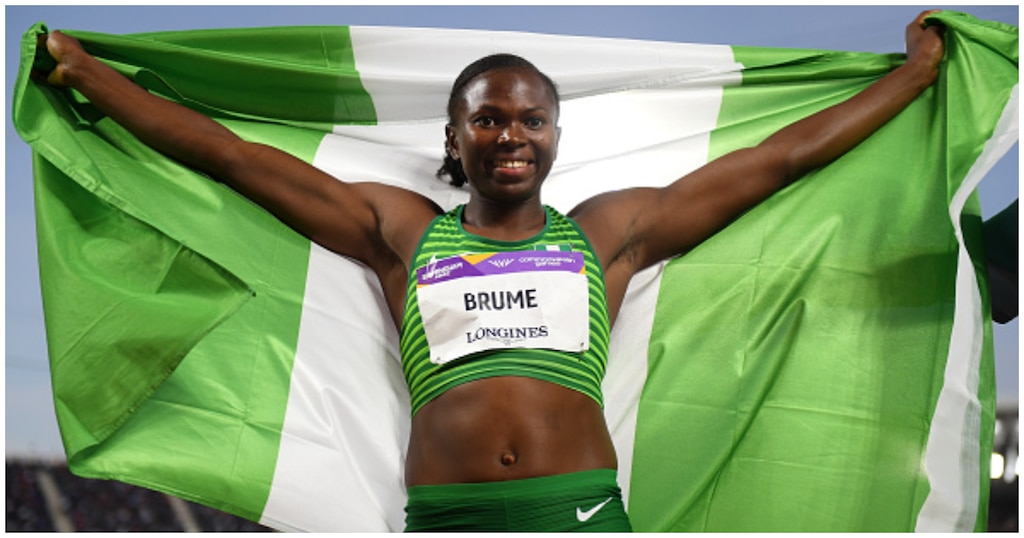 Nigerian long jump athlete, Ese Brume, hopes a gold rush by Nigeria’s women on the penultimate day of the Commonwealth Games will inspire girls in the country to take up sport.

The 26-year-old reclaimed her long jump title on a day when Tobi Amusan won 100m hurdles gold and they also triumphed in the women’s 4x100m relay.

“I know this will be an inspiration for them,” Brume told the press.

She added: “Of course, when you see someone you look up to doing well, you want to definitely be like them. So this is going to motivate and inspire them.”

Three-time African champion, Brume, set a new Games record with a leap of 7.00 metres to win, adding a second Commonwealth Gold to the one she claimed in Glasgow eight years ago.

After two jumps of 6.99m and one of 6.96m – which would all have been enough to secure top spot on the podium – Brume said her record jump demonstrated her consistency in her discipline.

Amusan set a new Games record of 12.30 seconds to add the Commonwealth 100m hurdles title to her Gold at the World Athletics Championships in Eugene.

The 25-year-old then returned to help Nigeria to 4x100m relay victory alongside Favour Ofili, Rosemary Chukwuma and Grace Nwokocha, who said the result was all the sweeter after they finished fourth in Oregon last month.

The East Africans had another medal when Julius Yego took men’s javelin bronze with a season’s-best throw of 85.70m, and Ghana’s Deborah Acquah won bronze in the women’s long jump with a personal best of 6.94m.