While Messi has endured a stop-start beginning to life at Paris Saint-Germain, the Argentine bagged 30 league goals in his farewell season at Barcelona and also won the Copa del Rey. 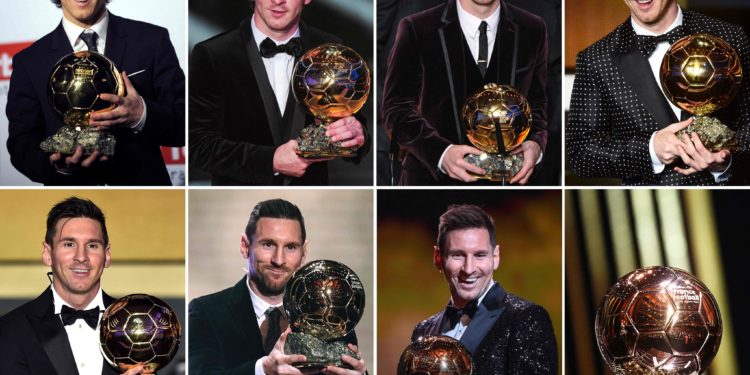 Lionel Messi has won the Ballon d’Or title for a record seventh time.

He was announced as the winner of the men’s award at the prestigious awards ceremony held in Paris, France.

The Argentine defeated Robert Lewandowski and other players on the 30-strong shortlist for the men’s award.

Prolific Bayern Munich striker Lewandowski finished second and Chelsea and Italy midfielder Jorginho was third in the voting by a jury of journalists from around the world.

There were 14 Premier League players on the 30-strong shortlist for the men’s award, including four – Jorginho, N’Golo Kante, Mason Mount, and Cesar Azpilicueta – who helped Chelsea win the Champions League in May.

Romelu Lukaku, who scored the goals that powered Inter Milan to their first Serie A title in 11 years before he moved to Stamford Bridge in the summer, is also shortlisted.

Four England players – Mount, Phil Foden, Harry Kane, and Raheem Sterling – were in the running after helping the national side to a first major final in 55 years at the Euros this summer.

The other nominees based in England are Kevin De Bruyne, Ruben Dias, Riyad Mahrez, Mohamed Salah, Bruno Fernandes, and Cristiano Ronaldo, whose five Ballon d’Ors are second only to Messi in the award’s history.

Messi and Cristiano Ronaldo have combined to win 11 of the past 12 editions of the Ballon d’Or, the lone exception in 2018 when Luka Modric helped Real Madrid to another Champions League triumph and inspired Croatia to the World Cup final.

Further strengthening his case was a first major international trophy in July, as Argentina beat rivals Brazil to win the Copa America at the Maracana — ending the country’s 28-year wait for the title.

Ronaldo last took home the trophy in 2017. The Champions League’s all-time top scorer has struck in all five games in Europe during his second spell at Manchester United but appears an outside contender for a sixth Ballon d’Or.