The second lap of the race is scheduled for October 7 from Bafia in the Mbam and Inoubou division to Ntui in the Mbam and Kim of the Centre region. It will cover a distance of 130km. 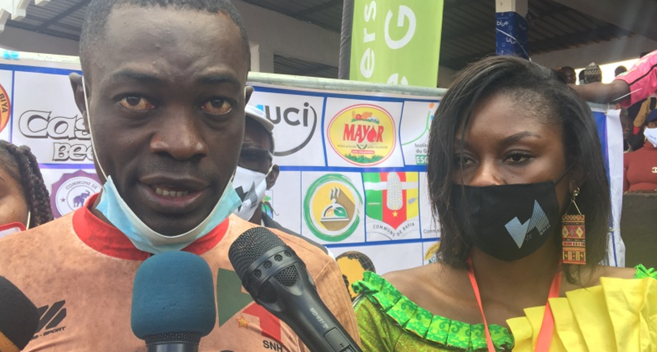 He outsmarted 50 cyclist taking part in this year’s edition of the tour in the lap whichcovered 116km distance in Bangangte, a locality in Cameroon’s West region yesterday.

Artuce who now keeps the Yellow Jersey covered the distance on a record time of 3 hours 5 minutes, 55 seconds. Slootjes Jordi of Global Cycling Team from Netherlands emerged on second position, with just 15 seconds time difference between him and Artuce.

The cyclists hit the race course a day after Cameroon’s minister of Sports and Physical Education, Prof Narcisse Mouelle Kombi, chaired an event at the Bangangte ceremonial ground on Tuesday which saw the presentation of the 10 teams taking part in the race which are said to come from Cameroon, Africa and Europe.

Host, Cameroon is represented in the tour by 13 cyclists from the National Cycling Team and the SNH Velo Club. Apart from France that also has two teams in the race, the other participating countries including the Netherlands, Slovakia, Burkina Faso, Mali, Benin and Cote d’Ivoire are represented by a team each.

The 2021 Grand Prix Chantal Biya International Cycling Tour will cover a total distance of 696.1km and will go through three regions[West, Centre and Sout]. The final lap scheduled for October 10, will be run between Sangmelima in the South and Yaounde in the Centre region on a 168km distance.

The Chantal BiyaInternaional Cycling Tour named after Cameroon’s First Lady saw the light of day in 2001. It isorganised by the Cameroon Cycling Federation under the watchful eyes of the Ministry of Sports and Physical Education. Since 2006, the Cameroon Cycling Federation partnered with the International Union of Cycling, UCI to make the event one of international repute.