Flames legend John Maduka will be hunting for his first ever silverware as Bloemfontein Celtic coach when his side face giants Mamelodi Sundowns in the Nedbank Cup final at Orlando Stadium tonight. 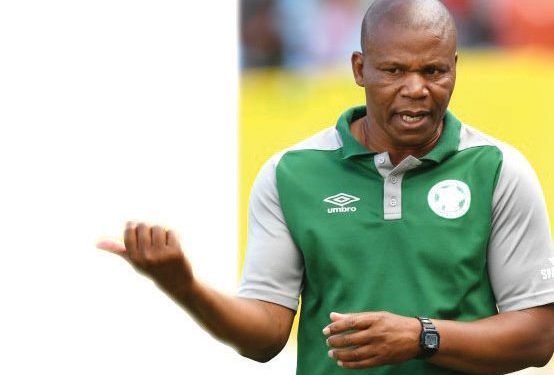 Maduka is buoyed by his impressive run this season, having guided Celtic to eight games without a defeat in all competitions. The former Flames captain made history after guiding the club to Nedbank Cup final for the first time in 35 years.

Probably, Maduka will be hoping to build on this and to achieve his dream, he must clear the hurdle against star-studded Sundowns who are gunning for a treble this season after winning Telkom Knock Out and Premier Soccer League title last week.

However, Maduka is hoping that his troops will have the same mentality when Celtic defeated Sundowns 1-0 to lift the Telkom Knock Out Cup in 2012.

Maduka said pressure would be on Sundowns in tonight’s game.

“You know it’s always good to play in any cup final. It’s the players who have made it possible to reach this far and on Saturday, we just want to finish off the work we started at the start of the competition. Yes, we know it comes with pressure but the pressure is not on us. We are going into the game as underdogs and that is our advantage,” the former Silver Strikers forward said.

“There will be no pressure on us at all and that gives the players the chance to enjoy the game and fight for a win. It won’t be easy because we all know Sundowns are a great team. But we are ready to fight until the end and lift the trophy.”

His opposite number, Pitso Mosimane of Sundowns told www.goal.com that he was cautious ahead of the final.

“The treble is not there until we win the match. The worst thing is to think you have won the treble without playing it. You have to earn it, and history against Celtic in the cup is not good for us. If you look at it, you can say they need it more than us in terms of what has been happening lately, but football does not go like that,” Mosimane was quoted as saying.

Maduka has received backing from compatriot Ernest Mtawali to win the competition. If Maduka wins the Ned Bank Cup, he will become the first Malawian to guide the South Africa club to a cup glory.