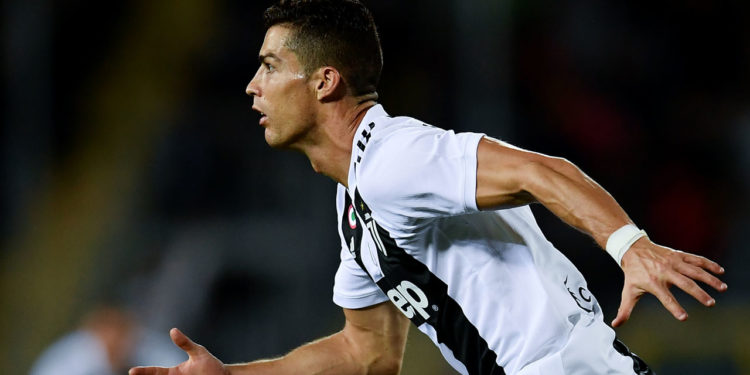 As one of the world’s most affected countries, Italy and the Serie A have been hit hard by the Covid-19 pandemic. There has been no football in the top flight since March 9, when most games were played behind closed doors.

The lack of action has caused a number of financial constraints, and clubs have been forced to take action across Europe. Juventus have already lowered the wages of players and coaching staff significantly, with the figure believed to be around a 70 per cent cut.

But Italian outlet Il Messaggero report that the Old Lady could even resort to selling Ronaldo, and could demand as much as £62.5m for the 35-year-old in order to balance the books.

There are not thought to be any clubs currently interested in making a bid. Recently, European media outlets reported that Ronaldo, Juve’s best paid, agreed to sacrifice $4.24 million – not enough to make a dent in his annual earnings and only four per cent of the club’s expected savings. In an email with Forbes, Juventus declined to comment but advised against misleading reports and added it will not comment on individual players’ salaries.

Last year, the Portuguese striker earned $109 million, including $65 million in salary and bonus, to rank as the world’s second highest-paid footballer and among the best-paid athletes in all sports. As Forbes outlined last week, even at the reported 30% pay cut under consideration by all Serie A clubs, Ronaldo would still earn an estimated annual $46 million paycheck — an amount greater than the total earnings (salary, bonus, and endorsements) of all players in the world except his rival Lionel Messi at Barcelona and Neymar at Paris Saint-Germain.

With the additional $45 million he makes as a walking billboard, pitching products head to toe for the likes of Nike and his signature CR7 line of underwear, footwear and cologne, Ronaldo can still earn $91 million annually to retain his standing among the best-paid in all of sports, and still become the third active athlete to crack the $1 billion mark in career earnings at the end of this season. Tiger Woods was the first to do so in 2009, 13 years into his professional career, followed by boxer Floyd Mayweather in 2017.

Ronaldo has already donated $1.8 million to hospitals in his native Portugal to help with their coronavirus efforts. Contrary to previous circulated reports, Forbes confirmed with his representatives that the 35-year old father of five did not buy an island where his family could self-isolate until it was safe to return to Italy, or offer up his namesake hotels in Portugal to be used as hospitals.

In its statement, Juventus said it will finalize personal agreements with players and coaches in the coming weeks. If individual merit-based arrangements are made, Ronaldo should fare well.

The five-time player of the year made an immediate impact on Italy’s most storied club the second he arrived in Torino in July 2018 on a 4-year deal worth $340 million. Within 24 hours of his transfer from Real Madrid, the Old Lady’s social media accounts grew by over 2 million and have since grown 40%. Over 1 million of his jerseys were sold in his first year of play contributing to a 58% increase in revenue from products and licenses.

On the pitch he was Serie A’s most valuable player last season and led the club to the quarter-finals of the Champions League. This season he’s already scored 21 goals, equaling the total amount he scored all last season.