Juventus F.C. announced on Saturday that the players and the coaching staff of the club agreed to impose a four month wage cut due to the outbreak of the coronavirus pandemic. 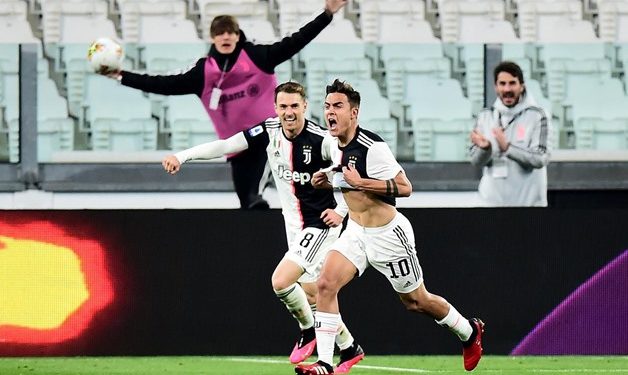 The Italian club [Juventus] published a statement stating that their manager Maurizio Sarri and Porteguese star Cristiano Ronaldo agreed among other players to reduce their wages for the next four months.

Juventus statement read as follows: “Juventus Football Club S.p.A. announces that, due to the current global health emergency is preventing the performance of the sporting activity, it has reached an understanding with the players and the coach of the First Team regarding their compensation for the residual portion of the current sport season.
“The understanding provides for the reduction of the compensation for an amount equal to the monthly payments of March, April, May and June 2020. In the coming weeks, personal agreements with the players and the coach will be finalised, as required by the current regulations.
“The economic and financial effects of the understanding reached are positive for about EUR 90 million for the 2019/2020 financial year.

“Should the current season’s matches be rescheduled, the Club will negotiate in good faith with the players and the coach conditional increases of compensations according to the actual resumption and finalisation of official competitions.

“Juventus would like to thank the players and the coach for their commitment at a difficult time for everyone,” as reported from Sky Sports.

The idea of the wage cut came as a result of the Italian prime minister Giuseppe Conte announcing on March 9th the suspension of the Serie A until April 3rd [with a potential extension] due to the spread of the coronavirus in Italy.

Ever since the outbreak of the coronavirus in Wuhan, China during late November 2019, around 657,000 people were infected and about 30,000 people died because of the disease.

As a result, several countries such as Italy, Spain, France, and England suspended their sports competitions due to the coronavirus being widespread among around 199 countries and territories.