Nigeria, South Africa, Uganda, Tanzania and Cameroon are among some of the sides set to miss out on the prestigious tournament for Africa’s brightest young talent. 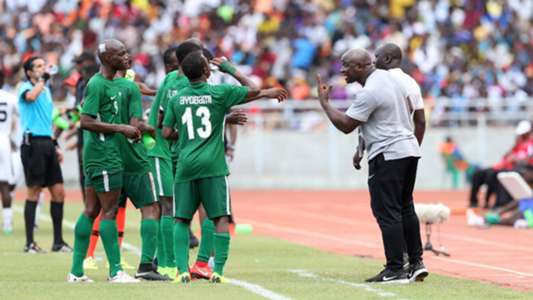 The U-17 Africa Cup of Nations has been cancelled by the Confederation of African Football only five days before the tournament was set to kick-off, amidst ongoing concerns about the coronavirus pandemic in host country Morocco and beyond.

At a Caf Emergency Committee meeting in Rabat on Monday, it was decided to cancel the tournament—despite the short notice—rather than attempt to find an alternative venue or postpone the competition until later in the year.

“The Committee was made aware of the constraints faced by some of the participating member associations as well as the host country, including the fact that the coronavirus pandemic continues to present significant challenges for the organisation of international sporting events,” read a Caf statement as seen by Goal .

A contributing factor, according to Caf, was Fifa’s decision to cancel the U-17 World Cup in December.

With the U-17 Afcon providing Africa’s qualifiers for the tournament, the decision to cancel the World Cup appears to have undermined Caf’s will to ensure the African competition goes ahead.

The Confederation’s statement also identified “the resurgence of the COVID-19 pandemic, increased restrictions on international travel, [and] uncertainty about the evolution of the situation” as further factors that influenced their decision.

The news is sure to come as a major disappointment to Africa’s young stars, for whom the U-17 Afcon and the World Cup can represent critical launchpads in their nascent careers.

Nwankwo Kanu, Seydou Keita, Sammy Kuffour and Kelechi Iheanacho are some of the well-known African stars who first came to the attention of a wider audience during the youth tournament.

Uganda had been pitted into a Group A that consisted of Morocco, Ivory Coast and Zambia, while Nigeria, Tanzania, Algeria and Congo-Brazzaville had been set to meet in Group B.

In Group C, holders Cameroon were primed to meet South Africa, Mali and Senegal in the 12-team tournament, which was due to take place between March 13 and March 31.