The 2-1 victory over Lazio has now taken Napoli back to the top spot of the Italian Serie A table with 57 points from 27 matches played. 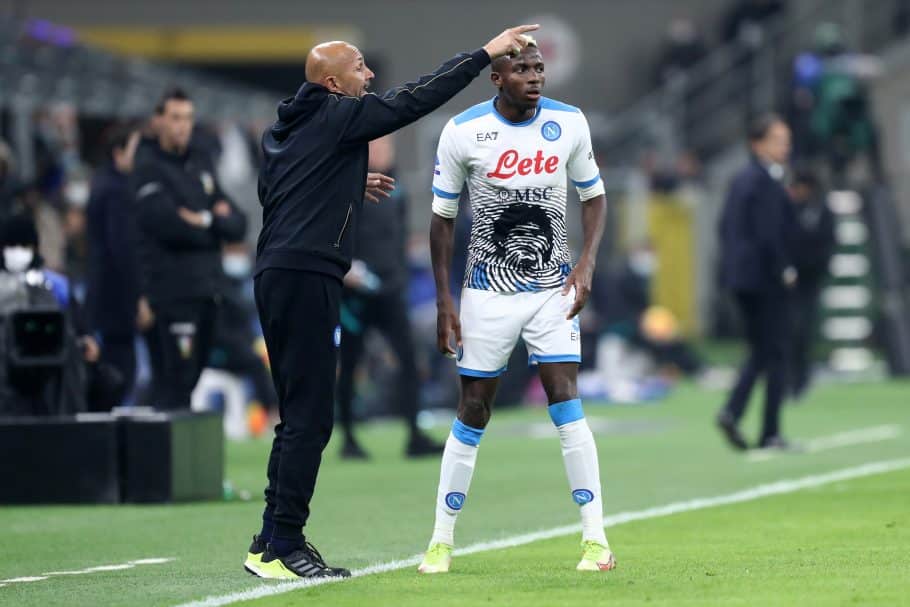 Super Eagles striker Victor Osimhen was given another starting role by coach Luciano Spalletti, and he played the entire 90 minutes of the game, starting in attack alongside Italy national team star Lorenzo Insigne and Matteo Politano, who also had a great game.

In what was an exciting start to proceedings, Osimhen had the first shot of the game in the fifth minute, but it went straight into the hands of the goalkeeper. Lazio then missed two big chances to go in front as the first half ended without a goal despite the end-to-end action.

Napoli’s Captain, Lorenzo Insigne then opened scoring in the 67th minute with a fine curler from outside the box. The Italian thought he had made it 2-0 minutes later for Spalleti’s side when he bundled home a rebound after the goalkeeper had saved an Osimhen snapshot, but the goal was ruled out for offside.

Pedro Rodriguez however, equalized for the home team in the 88th minute, before Fabian Ruiz scored the winning goal for Napoli in the last minute of added time.

The 2-1 victory over Lazio has now taken Napoli back to the top spot of the Italian Serie A table with 57 points from 27 matches played.