Wanyama: We will fight to play in the World Cup

“I’ve moved a lot during my career," the Montreal Impact and Kenya star told Fifa.com. 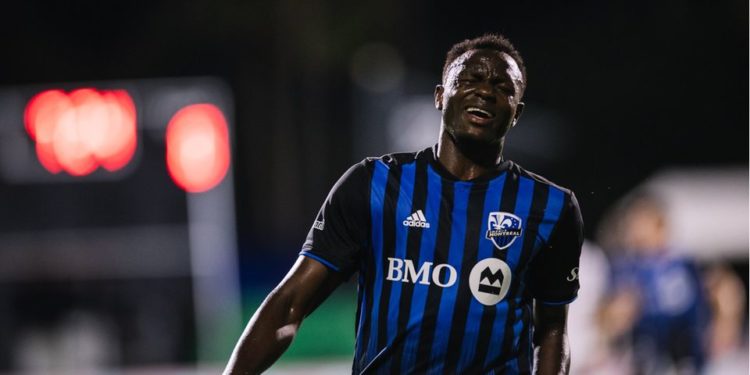 As a young African determined to fulfil his footballing dreams, Victor Wanyama has gone on to enjoy an impressive career at the top level. Having embarked on the journey in his native Kenya, he worked his way through several European countries before finally rubbing shoulders with some of the game’s finest in the English Premier League and helping Tottenham Hotspur reach the Uefa Champions League final.

“I started in Kenya and then moved to Belgium before going to Scotland, where I played for Celtic. After that, I went south to join Southampton and later Tottenham, and now I’m here I’m in Montreal.”

Wanyama believes that he reached the pinnacle of his career while in the Premier League: “Playing in the Premiership is wonderful. I had my best time there; it’s the best league in the world.”

Wanyama showed such early promise that many predicted he would go on to have a successful career.

Among their number were former Kenya coach Jacob Mulee, who gave him his first taste of international football at just 15.

“I remember that match very well,” said Wanyama. “Jacob Mulee, the then national-team coach, decided to give me a few minutes to start my Kenyan journey. I was very happy and felt proud to be wearing my country’s shirt.

“I tried to make something happen in that game but I didn’t have the necessary experience at the time. It wasn’t an easy task at all, but I learned a lot from that experience.”

One of Wanyama’s most vivid memories was his participation in Tottenham’s 2018/19 Champions League campaign. Thanks to his strength and prowess in a defensive-midfield role, he was a regular in Mauricio Pochettino’s starting XI and made a considerable contribution to Spurs reaching the final.

“That Champions League campaign holds great memories for me,” said the 29-year-old. “I played almost every game, including the semi-final, but the coach opted not to play me in the final against Liverpool. That defeat was hugely disappointing, but it was a great experience nonetheless.”

After more than a decade in Europe, it was time for Wanyama to take on a new challenge: that of Major League Soccer with Montreal Impact. “When I arrived here, everything was great until Covid-19 put things on hold and made everyone’s life difficult,” he said. “However, I try to enjoy my time here because, as a professional, I feel happy when I’m playing.”

Thanks to a wonderful generation led by Wanyama, Kenya have made a remarkable comeback in recent years. The Harambee Stars appeared at the 2019 Africa Cup of Nations (Afcon) in Egypt after a 15-year absence from the continental finals.

“We knew that we had a group of players who were capable of achieving big things and qualifying for the continental finals after so long,” said Wanyama.

“We also knew it was a very important tournament and that we had to be there. Having participated in the most recent edition, we look forward to making the next one too, but next time we’ll go there to compete.”

After their Afcon return, Kenya’s loftier ambitions also extend to the Fifa World Cup Qatar 2022 qualifiers, in which they have been drawn alongside Mali, Uganda and Rwanda.

“It’s a difficult group and we respect all the teams,” said Wanyama. “As with any qualifying event, you shouldn’t complain about the quality of your opponents or the group. We have strong rivals, but games are decided only on matchdays and out on the pitch, so we have to do our best to get good results and qualify from that group.

“I think Mali are the favourites, but Uganda and Rwanda are very good too. Any of those three could make it.”

The Kenya captain did not hide his ambition of making the World Cup despite the difficulty of the task: “Every player dreams of the World Cup and we’ll do all we can to qualify. We hope things go in our favour and that we reach Qatar 2022.”