Musk suggested in the same tweet reply on Monday night that Hertz would not be getting a discount and that the deal was inconsequential to his company's bottom line. 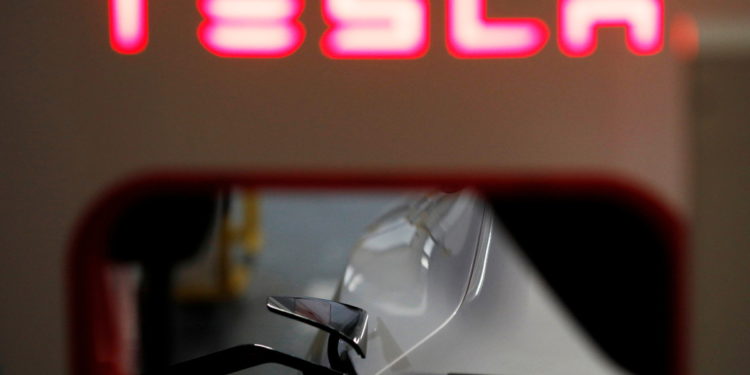 SILVER SPRING, Md. — Shares of Tesla Inc. tumbled almost 4% in midday trading on Tuesday after its CEO and founder Elon Musk tweeted that a contract to sell 100,000 cars to Hertz had not been signed, suggesting the deal had not been finalized.

Shortly after the market close Monday, an account called “Tesla Silicon Valley Club” tweeted an image of a graph showing Tesla’s 8.5% gain that day and thanked Musk. Musk tweeted a reply about six hours later: “You’re welcome! If any of this is based on Hertz, I’d like to emphasize that no contract has been signed yet.” Hertz said on Tuesday that its plans haven’t changed.

“As we announced last week, Hertz has made an initial order of 100,000 Tesla electric vehicles by the end of 2022 and is investing in new EV charging infrastructure across the company’s global operations,” the company said in an email. “Deliveries of the Teslas already have started, and consumer reaction to our commitment to lead in electrification has been beyond our expectations.” Hertz first announced the deal just more than a week ago, one of the largest purchases of battery-powered cars in history. Financial details of the deal — such as how much Hertz was paying per car or the total price — were not revealed at the time. If Hertz were to pay the full $40,000 retail price for each Model 3, it would make the deal worth around $4 billion to the automaker.

News of the deal last week triggered a rally in Tesla’s stock, driving the the world’s most valuable automaker’s market value over the $1 trillion mark for the first time. Before Tuesday’s dip, shares had risen about 33% in the week since the deal was announced.

“Tesla has far more demand than production, therefore we will only sell cars to Hertz for the same margin as to consumers,” Musk’s tweet continued. “Hertz deal has zero effect on our economics.” In an interview with The Associated Press last week, Mark Fields, Hertz’ interim CEO, said that Teslas were already arriving at the company’s sites and should be available to rent sometime this month. It’s not entirely clear why Musk would complicate or potentially sabotage the Hertz deal, but public comments like his tend to be about gaining leverage in negotiations.

Bill Selesky, a senior analyst with Argus Research, suggests Musk understands his brand’s value as a leader in electric vehicles and is trying to wring as much as he can out of Hertz.

“Hertz, if they do a deal with Tesla, will instantly be recognized as part of the EV revolution, not the problem,” Selesky said.