Despite being technically bankrupt, Iran is nearing completion of South Pars Phase 11, one of the world’s largest new natural gas developments. 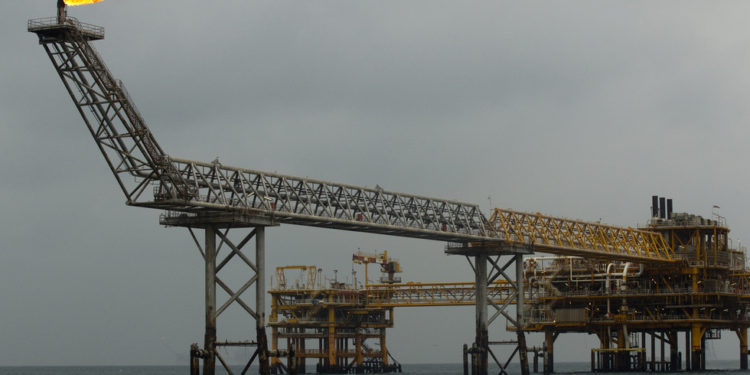 The net present value of Iran’s supergiant South Pars natural gas field has jumped from an estimated $116 billion at this point last year to $135 billion now, a senior oil and gas industry source who works closely with Iran’s Petroleum Ministry exclusively told OilPrice.com last week. The key reason behind this valuation boost is that progress across all areas of the development, including the controversial Phase 11, has picked up pace on the back of an increase in the involvement of various Chinese companies who operate under the US’ sanctions radar through individual contact-only projects, not as official field developers. Given this, it is now expected by Iran’s Petroleum Ministry that the entire South Pars project will be producing at or near fully Phase 1 capacity well in advance of the March 2022 official completion date.

Thus specific project-by-project ‘contract-only’ mode of working has been employed by China at scale in Iran ever since it – officially at least – China National Petroleum Corporation (CNPC) withdrew from the flagship Phase 11 development of South Pars in October last year.

“It was obvious to anyone who knows how China works in such situations, including in neighbouring Iraq, that it was not going to walk away from its investment either in Phase 11 or in Iran as a whole, especially as it was in the process of widening out the 25-year deal with the country,” said the Iran source.

Indeed, quite aside from the massive geopolitical importance of Iran (and close ally Iraq) to China, the 25-year deal means that in exchange for at least $400 billion from China, Chinese companies will be given the first option to bid on any new – or stalled or uncompleted – oil, gas, and petrochemicals projects in Iran. China will also be able to buy any and all oil, gas, and petrochemicals products at a minimum guaranteed discount of 12 percent to the six-month rolling mean average price of comparable benchmark products, plus another 6 to 8 percent of that metric for risk-adjusted compensation. Additionally, China will be able to pay in soft currencies accrued from doing business in Africa and the Former Soviet Union states and, this, given the exchange rates involved, means that China is looking at another 8 to 12 percent discount, which means a total discount of around 32 percent for China on all oil gas, and petrochemicals purchases.

“At the time China officially withdrew from Phase 11 it was at a delicate point in the trade war negotiations with the US so had to show willing but it just changed it way of doing the same work with these project by project contracts,” the source added.

This switch from Chinese companies working as wholesale developers to working as ‘mere’ contractors was seen very early on after the ‘withdrawal’ of CNPC from Phase 11 when Iran’s Petroleum Ministry announced that it had awarded a $1.3 billion development plan to more than double oil production at the supergiant South Azadegan oilfield, the second such oil project signed this month, the other being Yaran. The obvious question connected to this was how it was possible, given that Iran was technically bankrupt, and the answer was that Chinese companies were going to do develop (and finance) South Azadegan, and a number of other huge oil fields in the oil-rich West Karoun reservoir (including Yaran, north and south) through ‘contract-only’ projects given out by the official Iranian developers of the sites. In South Azadegan’s case, the $1.3 billion contract was awarded to Iran’s Petropars, and in Yaran’s case the $300 million contract was given to Iran’s Persia Oil and Gas Industry Development Co.

“Most of these have been done through seemingly smaller firms that are less well-known than the big state players and attract little or no publicity but, as all companies in China are part of the state and are legally bound to work towards what they are told to do by the Communist Party, it doesn’t make any difference to the eventual outcome,” said the Iran source. Neatly closing the circle on this South Azadegan deal – and further underlining what is really behind it – is that Petropars is the company that was also the partner to CNPC in Phase 11 of South Pars.

As it now stands in South Pars, then, most of the Phases are either 100 percent complete or within one or two percent of that figure, with the entire field producing an average of 725-775 million cubic metres per day (mcm/d) of gas. With an estimated 14.2 trillion cubic metres (tcm) of gas reserves in place plus 18 billion barrels of gas condensate, South Pars already accounts for around 40 percent of Iran’s total estimated 33.8 tcm of gas reserves and about 60 percent of its gas production and this is set to increase as the remainder of the sub-100 percent-completed Phases are finished within the next six to nine months, according to the Iran source.

This compares to an official target date for completion of the end of the Iranian calendar year in 2022 (on 20 March). This ambition received a recent boost with the very recent installation – thanks to the involvement of Chinese firms on a contract-only basis – of a new $25 million platform jacket (11B) in Phase 11 that will make it possible to drill 12 more wells on top of the five currently being drilled. “With the installation of this jacket and the drilling of five wells, it will be possible to recover an extra 14 million cubic metres per day from this Phase within in the next 14 months,” highlighted Iran’s Petroleum Minister, Bijan Zanganeh recently. A similar boost came with the recent commissioning of four new platforms (two main and two satellites) for Phases 22 to 24, with the first stage (involving the main platform of Phase 22 and the satellite platform 24A, each with a capacity of 14.2 mcm/d, having come on line late in 2018. The second stage, involving the main platform of Phase 23 and the satellite platform 24B, will come online within weeks, with the same capacity. As a result, Phases 22 to 24 will increase gas production from the current 42 mcm/d to 56 mcm/d.

South Pars’ valuation increase in recent months has also come by dint of an increase in the maximum recovery capacity across the site, with the maximum recovery figure in 2013 standing at 280 mcm/d (with 17 phases in a semi-finished state) compared to today’s output of well over 2.5 times higher, as 17 phases (and 12 associated refinery operations) have become fully operational. In addition, of the 37 active offshore platforms in South Pars, 26 have been installed over the past eight years, covering 70 percent of offshore platform development and installation, with many of these having become operational in just the past few months. Within just the past few months, Phase 13 of South Pars completed the standard stages of commissioning and the start of rich gas recovery from its third platform (‘13C’), which has since been connected to the ‌13A main platform through an 18-inch pipeline. That, in turn, has sent gas to the Phase 13 refinery in Kangan through a 32-inch pipeline that extends for over 100 kilometres. Given this, the current capacity of rich gas recovery from the offshore Phase 13 platforms alone is 43 mcm/d, with 28.5 mcm/d of this coming from Platforms B and D of the first phase of the project.

In conjunction with this, plans are being devised to bring the Phase 14’s onshore refinery to full production by next June, with the engineering, procurement and construction section of the Phase 14 refinery having reached more than 87 per cent completion, and the first train of the refinery likely to come on-stream by the end of the current Iranian calendar year on 20 March 2021. This refinery will be the last onshore processing facility of the huge gas reservoir that Iran shares with Qatar (in which it is the North Dome). As it stands, the offshore section of Phase 14 is now fully operational with 56.8 mcm/d of production capacity, following the last platform coming online in March, with 14.2 mcm/d of gas production capacity. This augmented the other 3 platforms (2 satellite and two main), each with 14.2 mcm/d of gas production capacity. Overall, then, in addition to this natural gas production, Phase 14 is also fully set to produce 75,000 barrels per day (bpd) of gas condensate and 400 tons per day of sulphur, 1 million tons per year (mtpy) of liquefied petroleum gas (LPG), and 1 mtpy of ethane to be fed to petrochemical plants.