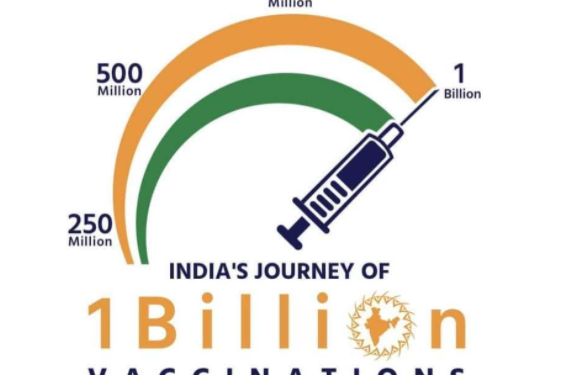 India reached an unprecedented milestone by vaccinating 1 billion people. According to COWIN, a comprehensive digital platform developed by India for vaccination against Covid, India achieved the feat yesterday having now vaccinated more than 1 billion eligible people.

India started the world’s largest vaccination program, using two locally manufactured injections: one licensed from the University of Oxford and AstraZeneca, and another developed internally by Bharat Biotech in association with the state Indian Council for Medical Research.

The Prime Minister said that India is fully self-sufficient in supplying coronavirus vaccines, as the second most populous country in the world inoculated more than 1 million people a week after starting its campaign. Under its Vaccine Maitri Initiative, India, known as the pharmaceutical capital of the world, has offered vaccines to neighboring countries and partners such as Bangladesh, Nepal, Bhutan, Seychelles, Mauritius and the Maldives.

India, a major global supplier of vaccines, suspended exports in April as cases in the country surged and only resumed exports earlier this month. The government is now optimistic that the country’s growing vaccine supply will be sufficient to meet its national and international commitments. Commercial shipments to Brazil and Morocco will begin soon.

“We applaud India’s role in global health, sharing millions of doses of the COVID-19 vaccine in South Asia,” it said on Twitter.

“India is a true friend using its pharmaceutical industry to help the global community.”

Earlier this week, the director of the World Health Organization urged countries and manufacturers to distribute vaccines more fairly around the world and warned that the world would be on the brink of “catastrophic moral failure” if they didn’t do it.

India’s own vaccination campaign started with 30 million healthcare professionals and other front-line professionals first, followed by approximately 270 million people over the age of 50 or considered to be at high risk for pre-existing diseases. All of these efforts were complemented by a strong technology platform at CoWIN. Ensuring that the vaccination campaign was equitable, scalable, traceable, and transparent.