"The government would aim to raise its defense budget with an eye to bringing it even above 2 percent of the GDP," said the party, adding that the ratio would put it on par with other NATO members. 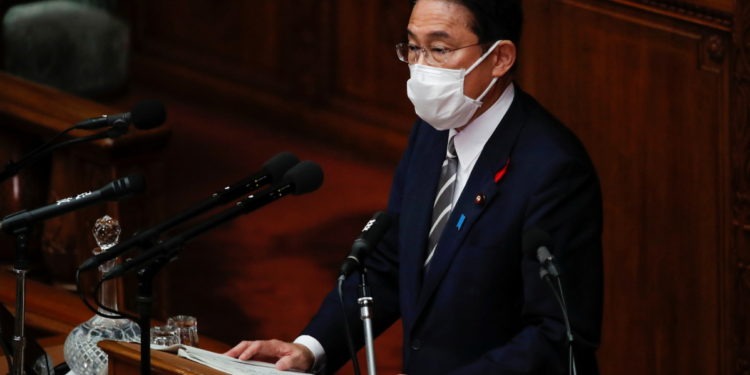 Japan’s intention of doubling its defense budget is a concrete move to shake off its postwar shackles, and the international community should stay alert for Tokyo’s possible return to its old path of military expansion, warned an expert.

Yu Qiang, a Japanese studies researcher at the University of International Relations in Beijing, made the remarks on Wednesday, commenting on the election manifesto of Japan’s ruling party that focused on defense spending.

“Due to historical reasons, Japan’s moves in the military field have always been followed closely by its Asian neighbors, and Tokyo seems to make an issue of its neighbors at every turn to justify its military expansion,” said Yu, adding that the move clearly went in the opposite direction of the country’s pacifist promise.

Japan’s ruling Liberal Democratic Party unveiled its manifesto on Tuesday for the Oct 31 general election, saying that they aim to boost defense spending, possibly even doubling it, to counter so-called threats from China and the Democratic People’s Republic of Korea.

If this is realized, the move will mark a departure from Japan’s longstanding 1 percent GDP ceiling for annual defense spending.

Japan’s cabinet approved a record $51.7 billion defense budget for the fiscal year 2021, with the country using about $48 billion, or 0.94 percent of its GDP. The island country has been increasing its defense budget for nine consecutive years.

With an additional $50 billion a year, Japan “could buy more American equipment, including F-35 stealth fighters, Osprey tilt-rotor utility aircraft and surveillance drones, as well as domestically made equipment such as amphibious landing craft, compact warships, aircraft carriers, submarines, satellites and communications gear to fight a protracted war”, according to an analysis by Reuters.

Since the end of World War II, Japan’s pacifist constitution had limited its military to a defensive role. However, analysts say by making such explicit moves in the name of collective self-defense, the Japanese government is gradually removing the shackles and giving its military more power, drawing fierce opposition from its neighbors.

The Chinese Foreign Ministry has said many times that aggression and expansion launched by Japanese militarism in modern times have inflicted untold sufferings on the people in Asia, including China. Japan has been urged to reflect on itself, and stop undermining regional peace and stability.