Pakistan has surprisingly risen to become Asia’s best-performing stock market and the fourth-best performer in the world, defying the odds amid the coronavirus outbreak. 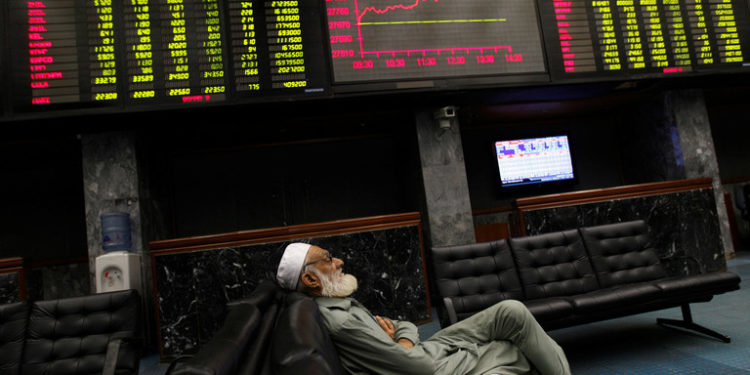 Benchmark index of the Pakistan Stock Exchange, KSE-100, is up nearly six percent from the beginning of August. The market has also enjoyed double-digit returns, rising nearly 50 percent after a steep fall in March and up over 41 percent year-on-year.

Pakistan equities are far better than those trading on other bourses in Asia. While just a few Chinese indices have surpassed KSE-100 performance on an annual basis, they are still behind this month.

“Pakistan’s stock market has become the best performer in Asia and the fourth-best-performing stock market in the world,” analysts from MarketCurrents WealthNet consultancy said in a report earlier this week, adding that it has even outperformed the S&P 500 this year.The rally comes as the nation’s central bank has been among the most aggressive globally in cutting interest rates this year, as policymakers attempted to shield the economy from the impact of the coronavirus outbreak. In June, the central bank cut benchmark rates by 100 basis points to seven percent. It has become the fifth rate cut since the pandemic hit, with the total reduction amounting to 625 basis points.

Rates can continue pushing Pakistan equities higher if they remain at these levels for some time, Ayub Khuhro, chief investment officer at Faysal Asset Management Ltd. earlier told Boomberg.The surprisingly outstanding performance of the Karachi bourse comes just one year after Bloomberg called it the world’s worst stock market after its stocks erased more than half of their combined market value. While the benchmark KSE-100 Index is still far below its all-time highs, Pakistan’s stock market has become one of the biggest draws for some investors. According to the research head at Dubai-based FIM Partners, Mohammed Ali Hussain, it will continue to be the firm’s “largest exposure” in the next half a year.