President Vladimir Putin has not received the domestic coronavirus vaccine, according to spokesman Dmitry Peskov. 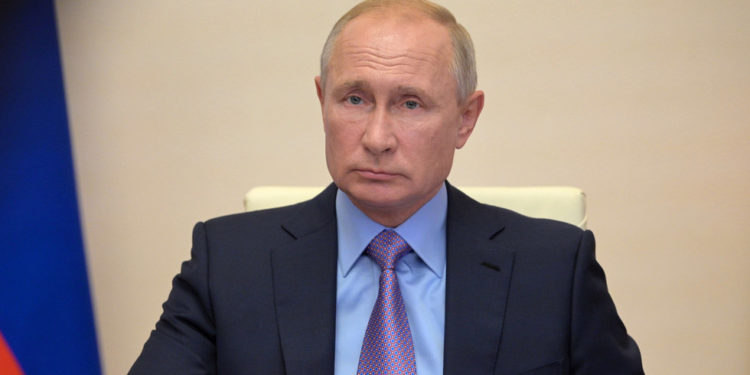 President Vladimir Putin has not received the domestic coronavirus vaccine, according to spokesman Dmitry Peskov. The denial comes on the day anonymous claims emerged that the Russian elite has had access to it since April.

Speaking to reporters, Peskov explained that the president had not yet been administered the experimental drug, because it’s “not very good for the head of state to receive an uncertified vaccine.” He was diagnosed with Covid-19 himself in May, and also denied being vaccinated.

On Monday morning, Bloomberg claimed that “scores of members of Russia’s business and political elite have been given early access to an experimental vaccine against Covid-19,” claiming they included business executives, tycoons, and government officials. According to the outlet, the vaccine has been available for Russia’s wealthy elite since April, and has already been administered to “several hundred people.”

According to the news agency, those who received the vaccine “are monitored, and their results logged by the institute.” The establishment in question is Moscow’s Gamalei Institute of Epidemiology and Microbiology.Bloomberg did not name any of its sources or provide any evidence, but stated that the vaccine had been received by the CEO of the Russian Direct Investment Fund, Kirill Dmitriev, as well as senior managers at aluminum company Rusal and chemical producer PhosAgro. In mid-June, Dmitriev admitted that he had volunteered to take the drug.

On June 16, the institute received approval from the Ministry of Health to begin testing an experimental coronavirus vaccine on humans. In conjunction with the Ministry of Defense, it completed the drug’s first trial stage, and on July 15, announced that no volunteers had experienced “serious side effects, health complaints, complications or adverse reactions.”

Following Bloomberg’s allegations, the director of the Gamalei Institute, Alexander Ginzburg, denied any knowledge of “big or small” businessmen receiving the immunization, with Vadim Tarasov, director of the Institute of Translational Medicine and Biotechnology at Sechenov University, calling the reports “speculation.” Aleksey Kuznetsov, an assistant to Russia’s Minister of Health, also denied that the vaccine is in “civilian circulation.”On Monday morning, a second group of trialists was discharged from the hospital, with the test results “unambiguously” showing “the development of an immune response in all volunteers.” This is the same vaccine that Bloomberg claims was administered to Russia’s elite.