Boeing has submitted software updates for the automated flight control system to the FAA for review. The new operating system has been flight-tested but not yet approved. 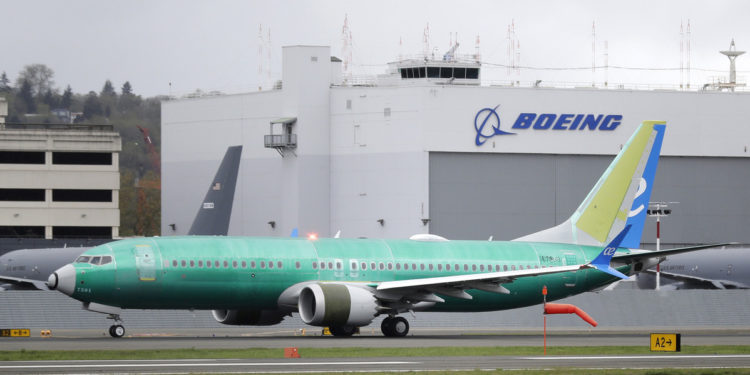 US House Democrats detailed in a scathing report Wednesday how Boeing’s design errors and its cozy relationship with the Federal Aviation Administration (FAA) led to two fatal crashes of the 737 MAX jet.

The House Transportation Committee’s report condemns Boeing and the FAA for safety failures and questioned whether either had fully understood the failures and adopted corrective measures.

The report concludes an 18-month investigation based on interviews with two dozen Boeing and agency employees and an estimated 600,000 pages of records.

Two crashes of the 737 MAX that killed 346 people and led to the worldwide grounding of the plane were the “horrific culmination” of engineering flaws, mismanagement and a severe lack of federal oversight, the report said.

It said the crashes “point to a company culture that is in serious need of a safety reset”.

The report concluded that Boeing failed to admit flaws, despite warnings from designers and test pilots about the plane’s new automated flight-control system.

“The fact that a compliant airplane suffered from two deadly crashes in less than five months is clear evidence that the current regulatory system is fundamentally flawed and needs to be repaired,” the majority staff of the House Transportation Committee concluded in a 238-page report.

Chairman Peter DeFazio, a Democrat from Oregon, said new legislation is needed, but at a press conference Wednesday he didn’t detail proposed changes to the certification process. A bill is expected to be introduced in several weeks.

Both the FAA and Boeing have said certification of the MAX complied with government regulations.

In a statement, Boeing said: “We have learned many hard lessons as a company from the accidents of Lion Air Flight 610 and Ethiopian Flight 302, and from the mistakes we have made. We have been hard at work strengthening our safety culture and rebuilding trust with our customers, regulators and the flying public.”

The report cited “grossly insufficient oversight by the FAA” that prevented the agency from ensuring safety of the plane.

In a statement, the FAA said it’s “committed to continually advancing aviation safety and looks forward to working with the committee to implement improvements identified in its report”.

The FAA said it has mandated design changes to the MAX and “continues to follow a thorough process, not a prescribed timeline, for returning the aircraft to service”.

The committee’s report questioned whether changes proposed by the FAA are enough to end what it characterized as a fundamentally flawed and inadequate review of new aircraft designs.

The report said engineering and management mistakes in the design of the MAX showed that Boeing often overrode the authority of FAA regulators.

But the aviation industry argues that advances in aircraft design have outstripped the ability of government regulators to evaluate them, and company engineers are therefore a vital part of the certification process.

The report said Boeing employees recognized faults in the automated flight-control system and alerted management to their concerns years before the FAA certified the MAX for commercial travel.

Neither Boeing nor the FAA followed up on the warnings, the report said.

None of the committee’s Republican members signed off on the report. Senior Republicans disputed the need to overhaul the certification process and derided the report as partisan.

“Expert recommendations have already led to changes and reforms, with more to come,” the Republicans said in a statement.