US Air Force F-35 crashes during ‘routine’ training flight in Florida, 2nd loss for base in several days

The jet belonging to the 58th Fighter Squad crashed at around 9:30pm local time while conducting a “routine” night training flight, Eglin Air Force Base in Florida said. 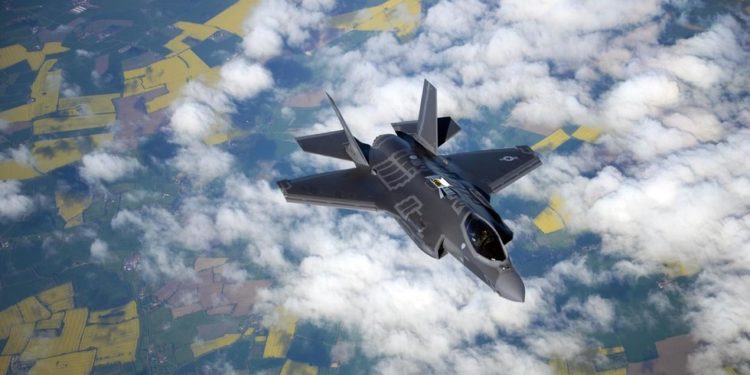 A US Air Force F-35 Lightning II combat aircraft was lost during a training mission in Florida. The incident comes just days after another military jet crashed near the same airbase.

The pilot ejected to safety and is in stable condition. The crash did not cause any damage on the ground, the airbase noted. An investigation has been launched into the incident.

This is the second aircraft lost at Eglin after a F-22 Raptor fighter crashed on the test and training range last Friday. The pilot also successfully ejected and was rescued.

The F-35 project has a troubled history, with numerous delays in production, and a myriad of design and performance flaws uncovered during testing.The aircraft’s production was further impeded by the ongoing Covid-19 pandemic. The plane’s manufacturer, Lockheed Martin, was forced to cut somewhere between 18 and 24 jets from the 141 set to be delivered his year, according to the company’s vice president for the F-35 program, Greg Ulmer, as cited by Defense News.