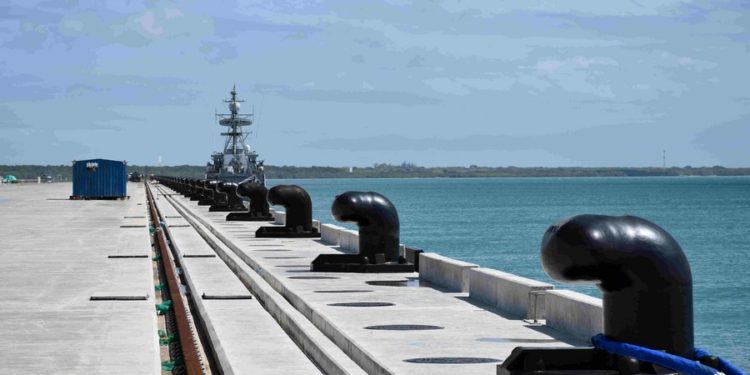 Ukur Yatani, cabinet secretary of the National Treasury and Planning, said the mega port at Lamu archipelago consisting Lamu Island where Lamu Old Town, a World Heritage Site, is located, on the coast of East Africa about 350 km north of Mombasa, is strategically positioned to become a transit point for bulk cargo destined overseas.

“The port is capable of comfortably docking Panamax and post Panamax vessels with a capacity of over 10,000 TEUs,” Yatani said in a statement released Sunday after a tour of Lamu port. “We are encouraging shipping lines to bring vessels to this strategically located facility.”

Yatani said the mega port, which will have 32 berths upon completion, has met globally recognized threshold to handle bulk goods and revitalize logistic business in the country.

According to Yatani, the government will soon dispatch a high-powered delegation to landlocked neighboring Ethiopia and South Sudan to market the facility.

He said that upgrading of road arteries connecting to the port has been fast-tracked to boost seamless transportation of bulk cargo to the Kenyan hinterland.

He said the facility has eased congestion at Mombasa port besides unleashing socio-economic benefits in the coastal region including emergence of new businesses and jobs, adding plans are in the works to connect Lamu port by road and rail to the central African region.