The recent crash in the price of oil threatens Sasol's sponsorship of football in South Africa, with the future of the women's game particularly vulnerable. 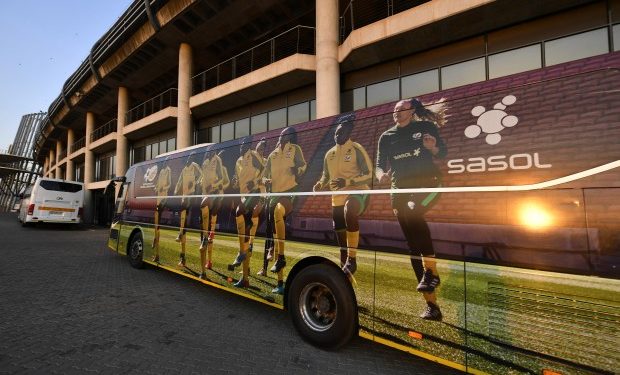 Earlier this week saw the biggest drop in the oil price around the world, which has affected some of the major energy companies in the country.

One of those is Sasol, which saw its share price drop by 47 percent in a single day.

Sasol has been key in South African football since 2009 when they joined forces with SAFA with the aim of growing and uplifting women’s football.

The relationship has seen the establishment of the Sasol Women’s League, which has been a major vehicle for women’s football development with more than 5 000 ladies managing to play competitive football all over the country.

The petroleum giant also sponsors Banyana Banyana and assists players in terms of education and other football development measures.

With Sasol behind them, Banyana have competed in major tournaments such as the Olympic Games and FIFA Women’s World Cup, and have seen some of their best players signed by the top clubs in the world.

But with the current global challenge, women’s football appears to be in danger as the future of Sasol remains uncertain.

SAFA did not want to comment on the matter as their media officer Dominic Chimhavi requested this website contacts the sponsor.

“We can’t comment on this matter, Maybe you must contact the sponsor, they are the one who may give you the right answers,” Chimhavi tells KickOff.com.

“Unfortunately she can’t do the interview. There’s no comment as yet from Sasol regarding the above,” reads a text from Ms Tshego Mashala in response to an interview request with sponsorship manager Nozipho Mbatha.