China has canceled plans for the public sale of 2022 Winter Olympics tickets, with only invited groups set to be allowed to watch the action in person at February’s Games in Beijing. 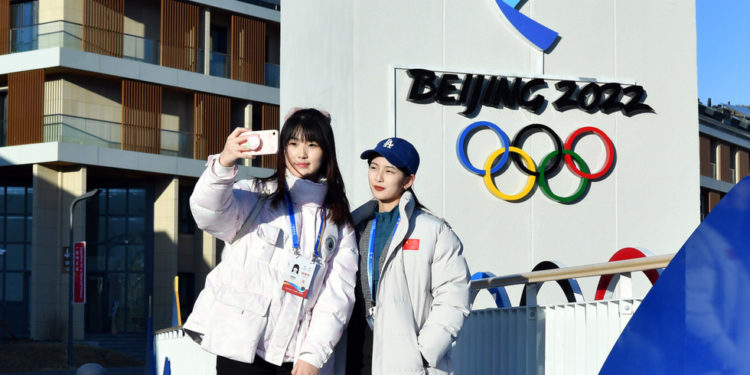 With foreign fans already barred from entering the country to watch the Games, and amid rising fears over the spread of the Delta and Omicron Covid strains, the Chinese authorities confirmed on Monday that no tickets would be available on general sale.

“In order to protect the health and safety of Olympic-related personnel and spectators, it was decided to adjust the original plan to sell tickets to the public and (instead) organize spectators to watch the games on-site,” the Beijing Local Organizing Committee said.

Rather than going on general sale, tickets will be distributed by the authorities to “targeted” groups, with any attendees being required to “strictly comply with Covid-19 prevention and control requirements before, during and after watching the Games.”

The Games get underway in Beijing on Friday February 4 and will run until February 20. They will be followed by the Paralympics in March.

In hosting the spectacle, Beijing will become the first city to have welcomed the Summer and Winter editions of the Games, having held the former in 2008.

But just like the Tokyo 2020 Summer Games, the build-up to next month’s event is taking place in the shadow of Covid.

Fears have been compounded after Beijing recorded its first local transmission of Omicron over the weekend. China reported 223 new Covid-19 cases on Monday, its highest number since March 2020.

Olympic athletes, officials and other personnel will enter a strict bubble upon arrival, while anyone unvaccinated will be forced into a 21-day quarantine.

Spearheaded by the US, several countries have also announced a diplomatic boycott of the Games in protest at China’s human rights record.

However, the likes of Russian President Vladimir Putin have signaled that they will be in attendance at the Opening Ceremony, with some figures in Russia accusing the US of pursuing a political agenda to undermine Beijing.