We plan to finalise all the pending agreements that have been agreed upon by both countries so that they can enter into force. 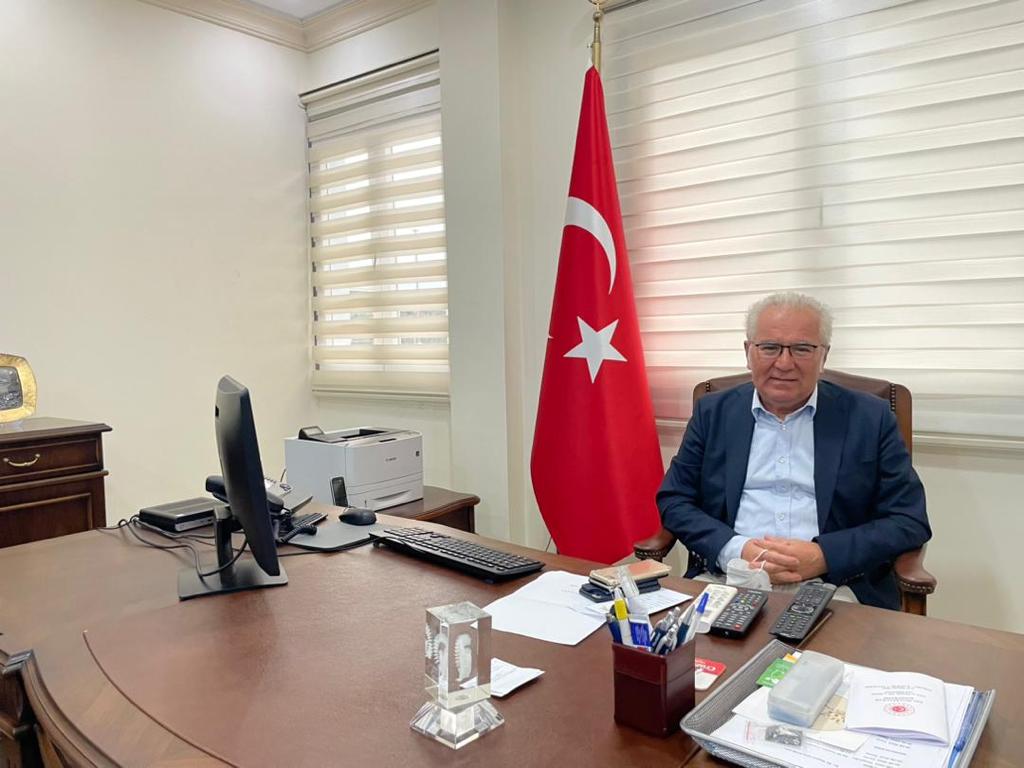 Türkiye have recently appointed a new Ambassador to Equatorial Guinea and as he settles into his new role following other diplomatic missions in Europe, Middle East and Northern Africa, Ambassador Adnan Keçeci has been impressed by the sights and sounds of the Central African nation and its promise for the future.

In an interview with Dreams Talks, he shared how the Embassy is working to initiate mutually beneficial programmes, investments, cultures, and finalise agreements between both countries.

Dreams Talks: How have you found your time so far in Equatorial Guinea?

Ambassador Keçeci: It’s a very peaceful country. It’s very quiet. The people look happy and are very kind. They are expecting more for the future, particularly the youth. This is how I see it.

I also can add that there is no problem regarding security. Equatorial Guinea is one of the most secure countries out there. Can you imagine? I can jog, walk, and do sports on the streets without any kind of security concerns.

Dreams Talks: You have so far served in Jordan, Syria, Switzerland, Romania, and Algeria? Can you share with us more about yourself?

Ambassador Keçeci: As you have just said, I have served in different countries and cultures. In every country and culture, I found something valuable and I learnt about not only myself as a diplomat but also life in general.

My career spans nearly four decades so it is a very long story as you can imagine. However, I can tell you about my most recent experience before coming to Malabo. I was the Ambassador of the Representation Office of my Ministry in Gaziantep. It is a southern city on the border with Syria.

Therefore, although I was positioned in Türkiye, my main portfolio included the Syrian crisis. In Gaziantep, I worked with both local and international organisations and NGOs that run projects to alleviate the impact of the crisis on the Syrian population. Syrian people are very friendly and modest, and I do believe they do not deserve this kind of situation that they are in right now. But Türkiye is doing all it can to help Syrians. This is attested by the fact that we host the highest number of Syrian refugees in Türkiye.

Before moving on to the next question, let me also tell you that this is my third Ambassadorship. Before Malabo and Gaziantep, I was the Ambassador in Algeria. I have fond memories of my time in Algiers.

Dreams Talks: You are the new Ambassador of the Turkish Embassy. What are the plans that you have in Equatorial Guinea as regards your administration?

Ambassador Keçeci: We have a very strong relationship based on mutual respect and a win-win approach with Equatorial Guinea. This is the case especially at the political and diplomatic levels. Therefore, the main priority right now is to consolidate bilateral relations and expand them as much as possible.

To this end, first of all, we plan to finalise all the pending agreements that have been agreed upon by both countries so that they can enter into force. This is crucial for a robust legal base of our bilateral relations.

For example, the visa exemption agreement for the holders of diplomatic, service and special passports entered into force last year on the 18th of November. This has given an impetus to furthering connections between the two countries.

We also intend to ensure the entry into force of the agreements we signed in the fields of cultural, defence and air services cooperation among others while moving forward with the negotiations of other agreements in tourism, education, commerce, economic cooperation just to name a few.

Ambassador Keçeci: As I have told you, our relations are highly developed at the political level. We are endeavouring to make our economic and commercial ties on par with our political ties. The trade volume as of today is promising but there is room for further expansion of bilateral trade. We offer high quality products at reasonable prices. This is what draws our partners’ attention to Türkiye.

Let me also underline something. When we talk about commerce, we should not leave aside investments.

Dreams Talks: How can knowledge exchange programmes be facilitated between businesses and people of both countries?

Ambassador Keçeci: We need to create mechanisms through which businesses and people may communicate with each other. Therefore, the key is decent communication. When we talk about communication, we cannot ignore the power of language.

In Equatorial Guinea, there are three official languages, Spanish, French, and Portuguese, but Spanish is the most common one. I have observed that English is not as common as in many other countries. For example, the main foreign language in Türkiye is English. We have a growing number of people with an interest in Spanish, Chinese, Russian, Arabic among others.

However, today there is a difficulty in direct communication because when we have people from Türkiye in Malabo, they tend to speak English which is not always reciprocated. This is a hindrance, not something that cannot be overcome though.

Dreams Talks: Do you have any cultural programmes on your agenda?

Ambassador Keçeci: Our Embassy is quite new in Malabo and as I have told you we have so far focused on establishing and consolidating the legal basis of our relationship with Equatorial Guinea.

I personally believe that developing cultural ties is as important as consolidating the legal basis. However, due to the pandemic, we had to put some of our initiatives on hold but we are trying to get back on track now to showcase not only our culture but also our history to the Equatoguineans.

We have a Turkish school, Maarif International, in Malabo. We will collaborate with them to inform the public in Malabo about our culture.

Dreams Talks: When are some of these programmes set to start?

Ambassador Keçeci: We have some several projects in mind but it is a bit early to say anything right now.

The first event is the celebration of the Republic Day on the 29th of October.

Next year, we will be celebrating the centenary of the proclamation of the Republic of Türkiye. Thus, we will have more cultural projects in the coming months.

Dreams Talks: Are there any similarities between the Turkish and Equatoguinean cultures?

Ambassador Keçeci: I can tell you that the main similarity between the two cultures that I have observed so far is that family ties are highly respected in both. I believe Equatoguineans respect their elders in a way which reminds me our own traditions.

Dreams Talks: What will be your advice to the young people in Equatorial Guinea?

Ambassador Keçeci: That’s a good question. I have got to tell you that they should do sports. We have many facilities in Malabo but they are not used by the youth. For example, I jog at Paseo Maritimo but I do not see so many young people there. The youth represents the future. For a better future, we need healthier youth.

I also would like to say that I want the Equatoguinean youth to maintain and be proud of the peace that Equatorial Guinea is enjoying.