Started about three and a half years ago, thanks to the vision of ​​Luis Edú Acevedo, Probably the best chocolate in Africa was born. 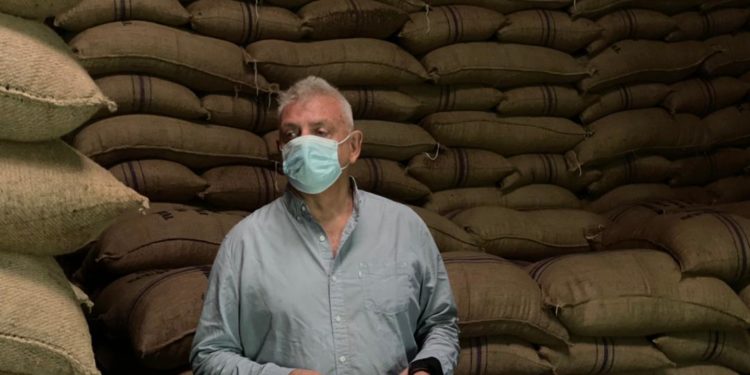 With over a hundred years in the cocoa farming industry, Finca Sampaka, established in 1906 on the island of Malabo, Equatorial Guinea, continues to reinvent itself over time. As pioneers in cocoa farming, the organization has over the decades, entered new agricultural ventures; with one of such being the production of Finca Sampaka Chocolates.

Started about three and a half years ago, thanks to the vision of ​​Luis Edú Acevedo, Probably the best chocolate in Africa was born. A chocolate with an Equatorial Guinean essence, which blends flavors and creates unique products.

With its growth and much talked about products, I decided to pay a trip to where all the magic is made.

On a glorious weekday morning, I had the pleasure of enjoying a guided tour of Finca Sampaka, taking into view its large expanse of green, arable land, fresh air, savouring its tasty chocolate snacks and drinks, and listen the story of how it all started. Soaked in rich history, it surely was a great morning tour given by Don Luis Acevedo, Administrator of Finca Sampaka, a second generation of the farm and organization’s owners/leadership.

During the chocolate tasting, I discovered there are 4 flavors produced by Finca Sampaka, all irresistible!

From its chocolate with ‘’country tea’’ (cymbopongon/lemon grass), to itscoffee and ginger flavours with the latter leaving a slight spicy tingle as it settles onto your tongue. The last of the chocolate testing was the white chocolate which was immaculate.

I was also able to smell and see how in a delicate, hygienic, careful, detailed and, above all, professional way, they give life to a product that starts from cocoa grown and collected with delicacy and passion on their own farm.

To learn more about Finca Sampaka and its chocolate story, I sat down for Africanian to have a chat with Luis Acevedo. Enjoy!

S.S: In which flavour is the style and essence of Finca Sampaka most clearly shown?

LA: I would say that in the ‘’country tea’’ flavour, because it is an herb that has been used throughout the yearsby the people of Equatorial Guinea for multiple remedies and the truth is that it gives a different touch to other chocolates and, on the other hand, coffee, which is another flagship product of Equatorial Guinea.

S.S: What is the story behind FincaSampaka chocolate?

S.S: What are the benefits of being your own supplier of cocoa for the production of chocolate?

S.S: How is the reception of chocolate in the country?

L.A: We feel proud, since the reception is being good. It is true that there is still a long way to go to reach all the places and well, which means investing more in the medium and long term in making ourselves known with this new chocolate label. But in general terms, we perceive that the acceptance of quality is good and that motivates us to continue offering more and better.

S.S: How is the process of making chocolate?

L.A: It is an absolutely artisanal process, we always try to use the country’s raw materials and well, above all, it should be noted that artisanal chocolate differs from those that are industrial, how? It’s exquisite on the palate.

S.S: What other raw materials do you include in the process?

L.A: It depends on the type of mixtures you make and the varieties, normally, almost all chocolates contain sugar or derivatives, if they are without sugar, xylitol or some component, but you also need cocoa butter and depending on the mixtures: country tea, ginger, rose petals etc. The fundamental thing is cocoa, sugar, milk in its case, cocoa butter or lecithin, these would be the most fundamental.

S.S: Of all the flavors you make, which one do you like the most and if you had to recommend one, which one would it be?

L.A: Recommending one? The truth is that it is a bit difficult, because that depends on each person. On tastes and on the time of day, because sometimes you feel like one thing and sometimes another; but personally, of allflavors, the one I like the most is the one that combines the aromas of coffee with those of cocoa.

S.S: What are the future prospects with your son running the business as the third generation?

L.A: Growth for any company must consider the future generation. In our case, it so happens that my son, currently the Director of the company, is the initiator of the chocolate factory. He has received exclusive training in India, on chocolate making, as well as the necessary machinery, which he bought for this growth of our company.

He is the one who has assembled and designed how the space looks, so I am confident that what he is going to do is develop it further, ensuring that it has a greater future and greater prospects and, of course, achieving greater quality, visibility and profitability of a product 100% Made in Equatorial Guinea, to establish the quality of cocoa from Equatorial Guinea. And this is the generational change, which in this case and indeed my son, Luis Edú Acevedo is the third generation, but who is promoting this segment of the company.

Although at the moment Finca Sampaka chocolate is not being marketed outside of Equatorial Guinea, they have been able to exhibit them at international fairs, or send orders to other countries. “Having a limited market makes you focus on a strategic production for that specific niche” Luis Acevedo told us.

However, his main objective before taking the international leap is to guarantee the development of a product of unparalleled quality, and to satisfy the local population, something that there is no doubt that they are already achieving.

Although the chocolate factory is small in production and the product is not yet exported in considerable quantities, Finca Sampaka does export cocoa to countries such as Spain, Germany.