South Africans already get free visas on arrival in Kenya, while Kenyans were required to provide proof of sufficient funds 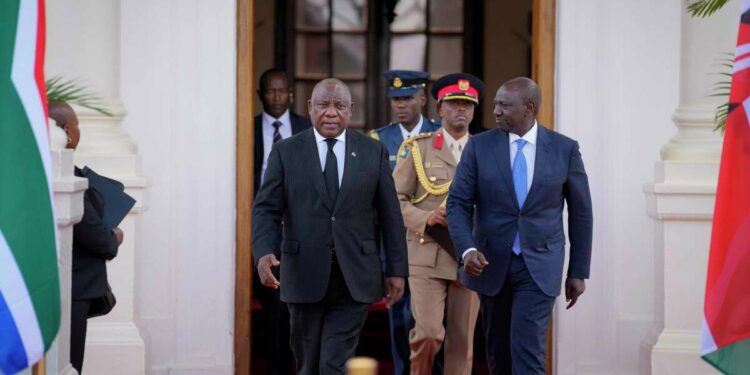 The Presidents of South Africa and Kenya last Wednesday disclosed they have now resolved a long-standing visa dispute and Kenyans will be able to visit South Africa visa-free for up to 90 days in a calendar year.

READ MORE: Back For Its 5th Edition, The Big 5 Construct Kenya Unlocks Access to 150 Local and International Leading Building and Construction Suppliers

South Africans already get free visas on arrival in Kenya, while Kenyans were charged and required to provide proof of sufficient funds and return flight tickets. The new agreement is set to take effect on Jan. 1.

South African President Cyril Ramaphosa was in Kenya on his first official trip to the country.

He and Kenyan President William Ruto praised the Ethiopia peace agreement signed last week in South Africa and brokered by the African Union.

They appealed to the parties to “ensure full implementation of the agreement to reach a lasting political settlement.”

The Kenyan and South African leaders also directed their trade ministers to address barriers that limit trade between the two countries.

The two nations are among the strongest economies on the African continent.