The IGP made this revelation on Tuesday during a meeting with bishops and senior clergy of the Anglican Church in Nairobi. 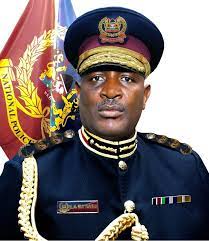 About 2000 police officers in Kenya are mentally unfit to serve in the police service, Inspector-General of Police Hillary Mutyambai.

READ MORE: China is looking forward to working closely with Kenya to realize stability in the Horn of Africa

The IGP made this revelation on Tuesday during a meeting with bishops and senior clergy of the Anglican Church in Nairobi. According to him, the findings were established after medical examinations were conducted on police officers.

“We have subjected all the officers to medical examination, and to our surprise, we got a big number. We isolated almost 2,000 police officers who are unfit to do their law enforcement work,” said Mutyambai in a video by local TV station NTV.

The police IG however says a process to manage some of the mentally unstable officers, has started.

He highlighted the importance of having stable officers in the service, pointing out the high risk posed especially when the officers are in the custody of guns.

“ To remove someone from work (because of medical grounds) is not easy. The government has its processes,” he said.

“Our tool of work is the gun, and when one bullet is discharged, the implications are serious.”

Mutyambai’s remarks come on the back of increased suicide and depression cases among law enforcers.

A task force was established in January to fight the rising mental health cases among police officers, which are indirectly affecting their performance.

The task force opened up channels of communication among the officers as part of ways of detecting any form of stress among them.