"The majority of (the electoral commission) - who stood up to the bullying and illegal conduct of Mr. Chebukati, we are proud of them 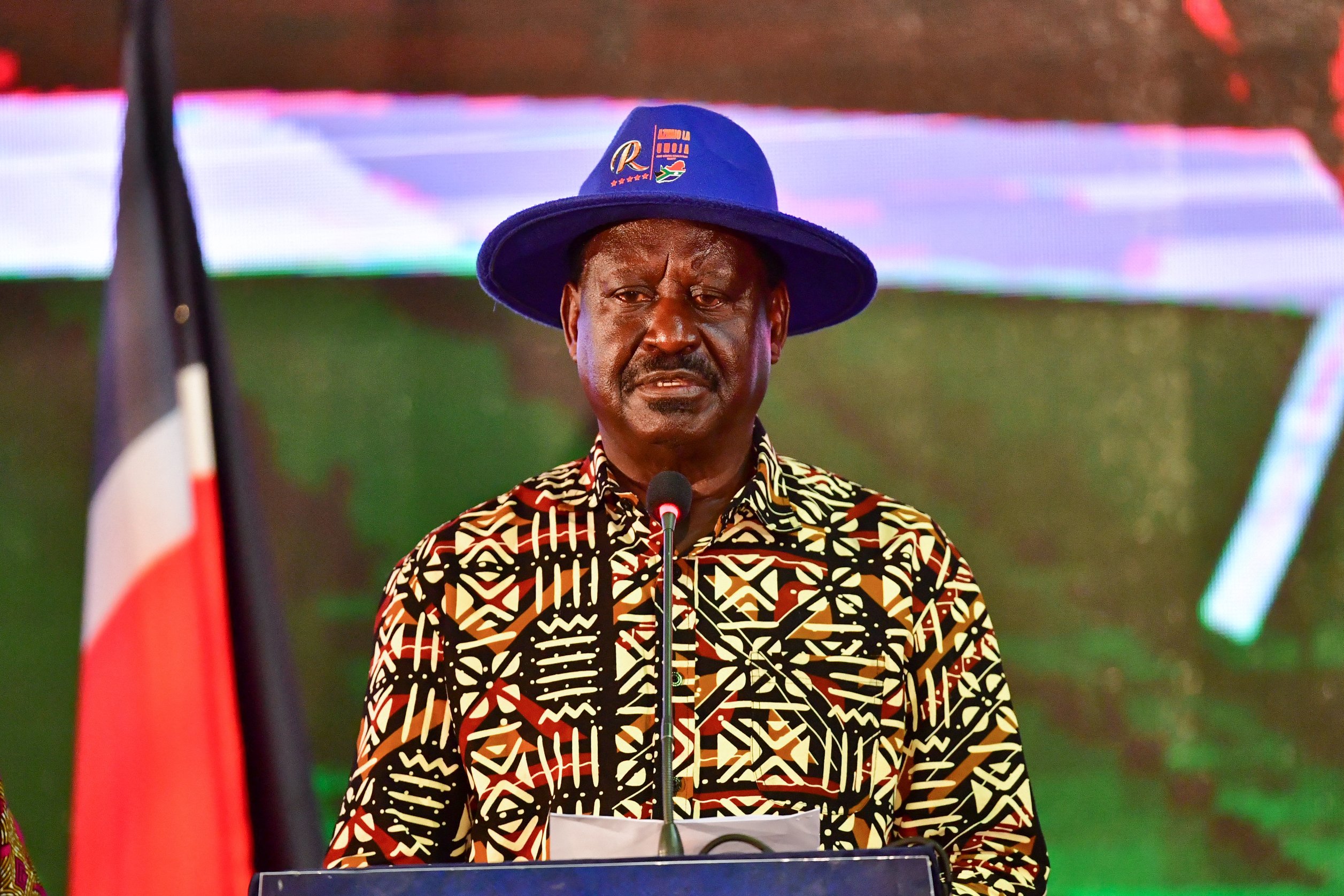 Raila Odinga has rejected the results of Kenya’s presidential election saying that the figures announced on Monday were “null and void”.

According to the official results, Mr. Odinga narrowly lost to Deputy President William Ruto. Mr. Odinga accused the head of the electoral body of a “blatant disregard of the constitution”.

“We totally without reservation reject the presidential election results,” he said.

Making his remarks in front of supporters in the capital, Nairobi, he said that there was “neither a legally elected winner nor a president-elect”.

The 77-year-old long-time opposition leader was running for President for the fifth time. He has challenged the results in the previous two elections, including successfully in 2017.

This time round, the chairman of the electoral body Wafula Chebukati said he got 48.8% of the vote in last Tuesday’s election compared to Mr Ruto’s 50.5%.

Mr. Odinga accused Mr Chebukati of “gross impunity” saying his team will pursue all legal options. He called his declaration “a major setback” to Kenya’s democracy that could trigger a political crisis.

He said that Mr. Chebukati went against the law by announcing the result without the backing of his fellow commissioners. But an ally of Mr. Ruto, Musalia Mudavadi, told BBC Focus on Africa radio that commissioners are required to collate the results but do not determine the result.

This is a legal point that may in the end have to be tested in court.

Minutes before Mr. Odinga spoke, four of seven electoral commissioners who refused to approve Monday’s results, held a press conference to give their reasons.

They accused Mr. Chebukati of side-lining them and of announcing results that were a “mathematical absurdity that defies logic”.

But the BBC’s Reality Check team says that this was down to a rounding error and is not suspicious.

Mr. Odinga has however commended the four commissioners for their “heroism”.

“The majority of (the electoral commission) – who stood up to the bullying and illegal conduct of Mr. Chebukati, we are proud of them and ask them not to fear anything. Kenyans are with them,” he said.

On Monday, Mr. Ruto described the objections of the commissioners as a “side-show”, but said he would respect a legal process. He also called for unity, saying he wanted to be a president for all, and for the country to focus on the future.

Last week’s election was largely peaceful. The electoral commission was widely praised for conducting a transparent process by posting on its website results from more than 46,000 polling stations and encouraging anyone to conduct their own tally.

However, scuffles broke out at the counting centre on Monday after Mr. Odinga’s supporters accused the electoral commission of tampering with votes and attempted to block Mr. Chebukati from announcing the final results. At least three poll officials were injured in the melee.

Calm has been restored in the country after a mixture of celebrations and violent protests followed the official declaration of the presidential results.

Thousands of supporters, clad in yellow, Mr. Ruto’s party colours, poured onto the streets of Eldoret in the Rift Valley. In contrast in the western city of Kisumu, Mr. Odinga’s supporters blocked roads and lit bonfires. Similar scenes played out at several towns and in the capital, Nairobi.

Generally there is a sense of relief that the counting process is over because the election season often means that life grinds to a halt. But people will be paying attention to Mr. Odinga’s plans to file a case at the Supreme Court.