Afro Sports: Achraf Hakimi Gets his Hometown Stadium Named After Him

"I am so happy to be with you today. I thank all the town of Ksar Lkbir. I very happy to see the mayor of the city, who did good things.'' 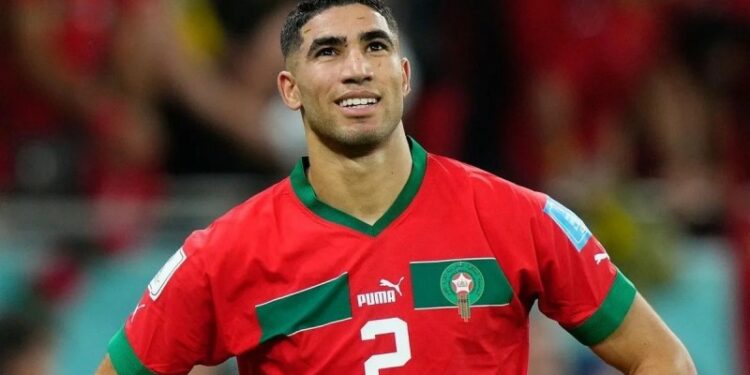 The Morocco national team and Paris Saint Germain right back Ashraf Hakimi has had a stadium named after him in his hometown of Ksar el-Kebir, located in northwestern Morocco.

The Achraf Hakimi Stadium got a name change to honour the country’s FIFA World Cup heroes. Hakimi was met with a huge crowd when he landed before appearing at the stadium. Many had expected him to be accompanied by his PSG team mate Kylian Mbappe.

“I am so happy to be with you today. I thank all the town of Ksar Lkbir. I very happy to see the mayor of the city, who did good things. We keep on working for the good of Morocco’s culture and we have to keep working for the good of Moroccans. I am happy here. This is my mother’s town, and I spent a lot of time here when I was a kid. Thank you everybody,” Hakimi said.

Read More: Morocco Lit up The Tournament, Set for one More Hurrah!

The Atlas Lions of Morocco reached the semi finals of the FIFA World Cup but were eliminated by France.

Hakimi showed an impressive performance in Qatar where he scored a panenka and sealed the Moroccan squad’s shock win against La Roja and marked Morocco’s first-ever qualification for the tournament’s quarterfinals.