When the draw was made in August, Uzoho replied to United's tweet, saying "finally Theatre of Dreams here I come". 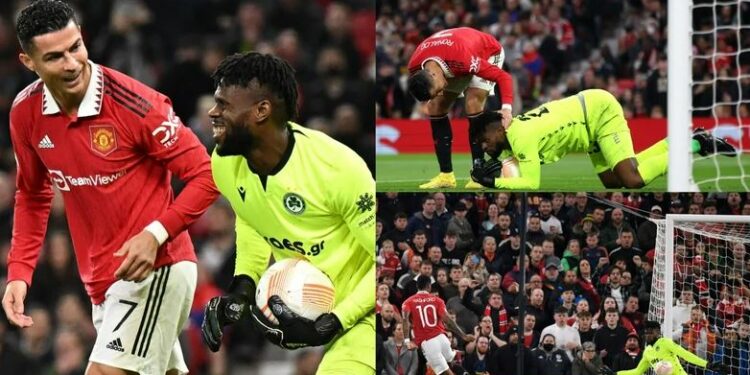 For any boyhood Manchester United fan, playing at Old Trafford is a dream come true. Then, to produce the performance of your life, takes things to a whole new level.

That is exactly what happened to Omonia Nicosia goalkeeper, Francis Uzoho, on Thursday and even Scott McTominay’s stoppage-time winner for Manchester United would not spoil his moment.

Uzoho, 23, had only played 134 minutes so far this season, but produced a string of stunning saves as the Cypriot side threatened a big Europa League upset.

McTominay finally broke his resistance as the hosts boosted their hopes of qualifying as group winners – but a beaming Uzoho refused to let that ruin his night.

“I am not disappointed,” Uzoho told BT Sport. “We had a good game, I am happy, it is not an easy stadium to play at.

“It is a dream come true. I have dreamed to play here for a long, long time.

“When I saw the draw, I wanted to play and I got the opportunity.

“Arguably it is the best I have played. I am proud of my team-mates though, because it is not a one-man job.”

When the draw was made in August, Uzoho, who has played 25 times for Nigeria, replied to United’s tweet, saying “finally Theatre of Dreams here I come”.

READ MORE: AfroSports: Nigeria’s Gold Rush In The Commonwealth Games Set To Inspire The Next Generation

He has now played there and produced a performance that will “change his career”, according to BT Sport pundit Owen Hargreaves.

On Thursday morning not many people would have heard of Francis Uzoho. After Thursday evening, a lot more will know his name.