For Libyan Football Fans, the wait to cheer on teams involved at Africa's highest level from the stands has been a long one. 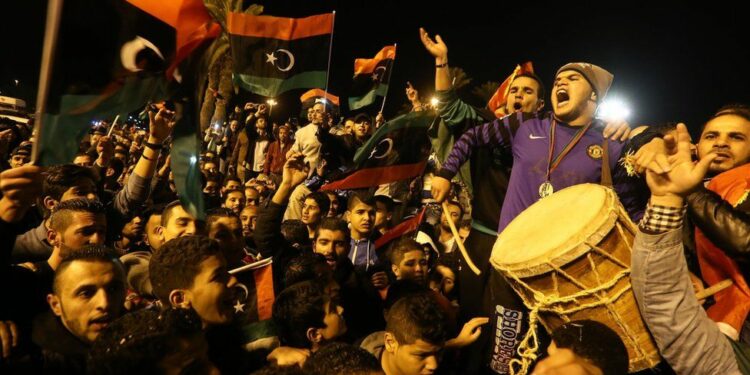 For over nine years, they had been deprived of watching their clubs in continental competition and the national team inside stadiums.

During that time, supporters had to content themselves with a diet of domestic Libyan league games and following the training of their teams. But now, the hungry crowds have finally returned for their banquet of African Champions League and CAF Confederation Cup ties this season after the Libyan Football Federation (LFF) succeeded in lifting a ban imposed on attendances.

Despite the absence of fans for security reasons as well as the coronavirus pandemic, Libyan clubs made good progress in the Confederation Cup last season, with Al Ahli Tripoli reaching the semi-finals after beating Al Ittihad in an all-Libyan last-eight tie.

On that occasion, followers of both clubs had to watch the derby from their homes, cafes or other public spaces such as Martyrs Square in the capital city.

Since Libya was barred from hosting matches, initially because of the civil war that broke out in 2014, Libyan clubs have used neutral venues to host their matches while the The Mediterranean Knights have played ‘home’ World Cup and Africa Cup of Nations qualifiers across the continent.

Libya played their first game at home in eight years in 2021 after FIFA lifted its ban previously issued because of the country’s civil unrest, although it was not until this season that the Confederation of African Football lifted its suspension regarding continental club matches.

The return of supporters is also expected to boost Libya’s hopes of qualifying for the 2023 Africa Cup of Nations.

Fans watched on in Benghazi as Libya beat Botswana 1-0 in early June to win their opening qualifier and after two games the north Africans are third in Group J, a point behind leaders Tunisia while trailing Equatorial Guinea on goal difference.

Qualifiers resume in March, with the Libyans aiming to reach the finals for the first time since 2012.