Stefan de Vrij gave Inter the early lead, Roma then turned the game around, but only for Inter to fight back for a 2-2 draw. 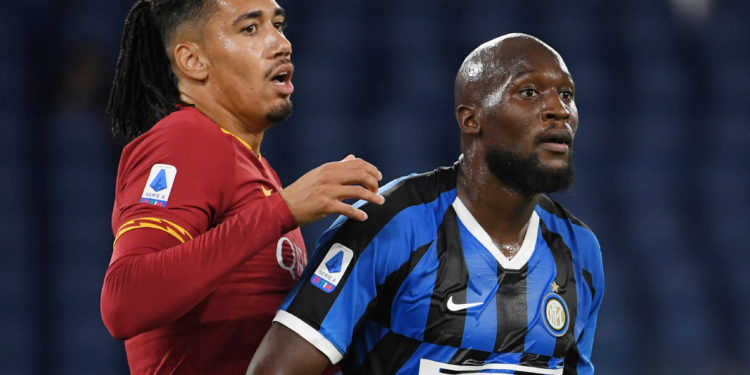 ROME – Romelu Lukaku’s late penalty saved Inter Milan on Sunday as the Nerazzurri drew with Roma in a 2-2 thriller.

Roma entered the Olimpico Stadium with three-game winning streak while Inter were also on a three-game unbeaten run.

With Lukaku only fit enough for the bench, Inter’s coach Antonio Conte opted for Alexis Sanchez to pair with Lautaro Martinez on the forward line.

The away side took the lead in the 15th minute when Sanchez whipped a corner into the box, de Vrij out-jumped the defenders to steer his bullet-header into the net.

The Giallorossi got back on level terms before the break amid controversy as Roma went on the counterattack and Leonardo Spinazzola found the net from a tight angle.

Inter appealed as Lautaro was kicked down by Aleksandar Kolarovin in the build-up, but the referee allowed the goal after viewing the VAR.

Roma completed the turn around in the 57th minute as Henrikh Mkhitaryan smashed in from a point blank range.

Inter then made changes by throwing on Lukaku and Victor Moses, and it worked as the Belgian converted the penalty after Moses was tripped in the box.

Inter still sit in second-place, temporarily cutting the deficit to Juventus to five points, while the Bianconeri will take on Lazio on Monday.

Parma fumbled a 2-0 lead as Sampdoria staged a second half show to claim a 3-2 away victory.