Ex-US Marine Paul Whelan, convicted of spying in Russia, will not appeal sentence – lawyer says he may be exchanged

Whelan, a citizen of four countries - Britain, Canada, Ireland and the US - initially indicated that he was going to appeal the court decision. 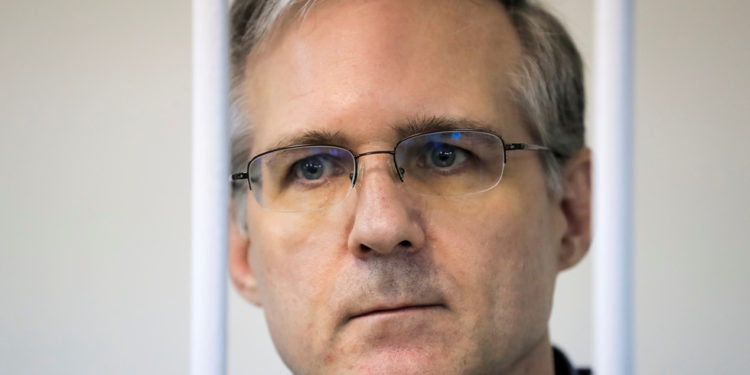 A week after he was handed a 16-year prison sentence for espionage in Russia, Paul Whelan has reportedly confirmed that he won’t appeal the verdict. His lawyer says he will now decide whether to ask for clemency.

“We just visited Paul (on Tuesday morning) at the Lefortovo pre-trial detention center (in Moscow), where he made the final decision not to appeal his sentence and wrote a statement,” his attorney Olga Karlova told news agency TASS. Karlova added that her client does not trust the Russian justice system and believes another trial is pointless.

If the exchange takes place, it would appear to be imbalanced, if Whelan’s consistent protestations of innocence are true. Bout is considered a heavyweight prisoner, whereas US authorities have insisted the ex-Marine is not spy. Whelan has described himself as “more like Mr Bean, than James Bond.”Vladimir Zherebyonkov, another member of his legal team, has suggested plans are in place for a swap with the US for Russians Viktor Bout and Konstantin Yaroshenko, who are in American custody. Weapons dealer Bout is serving 25 years and pilot Yaroshenko received a 20-year term. Moscow considers both men to be ‘political prisoners.’

Zherebyonkov says the issue is being discussed by authorities in Moscow and Washington and his Russian lawyers are not involved in the process.

Last week, US ambassador to Russia John Sullivan said that the US was not looking for an exchange, but rather “justice” for Whelan.

The 50-year-old defendant described his trial, partly held behind closed doors due to ‘national security’ issues and the Covid-19 pandemic, as a “sham” and protested his innocence throughout the process.In December 2018, he was detained in a Moscow hotel after he accepted a USB device from an undercover FSB officer. Prosecutors alleged it included information on active-duty members of Russia’s secret service. Whelan’s defense said he was the victim of a sting operation.

Whelan has been a frequent visitor to Russia for a decade and a half, and he reportedly appeared on the security service’s radar as a possible intelligence threat several years before his dramatic arrest.

Whelan maintained an account on Russian Facebook-clone VKontakte where in January 2019, according to ABC News, most of his ‘friends’ were young men, a great many of whom seemed to have some sort of connection to Russia’s armed forces.

Whelan served in the US Marine Corps Reserve for five years, holding the rank of staff sergeant. He was deployed to Iraq. In January 2008, he was court-martialled for “larceny” and later given a “bad conduct” discharge. Whelan has also worked as a police officer in the US.

A notable feature of the saga has been restrained reporting from the US press, which typically would give a case of this nature massive coverage. This has raised eyebrows in Moscow media circles. As for 4pm Moscow time Moscow on Tuesday, neither CNN nor The New York Times carried the story on their website front pages.