As a means to protect Russia from the Covid-19 pandemic, international passenger air travel to and from Russia was stopped entirely on March 27, with only specially organized repatriation flights being permitted. 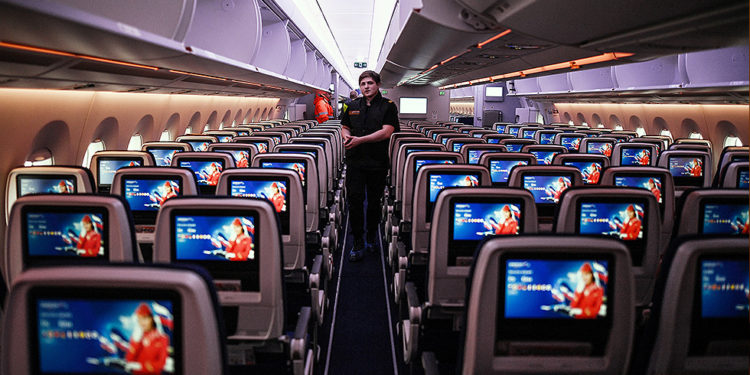 Sochi it is, so? Russian tourists looking to go abroad may be out of luck for a few more months, as experts believe that flights to foreign countries may not resume until the end of summer, at least.

According to daily newspaper Kommersant, the head of Russia’s Federal Air Transport Agency Alexander Neradko has suggested that the best way to return to normalcy is to resume flights to foreign countries on an individual basis, beginning with members of the Commonwealth of Independent States (CIS).

The CIS includes countries such as Uzbekistan and Tajikistan, both of which send many thousands of migrant laborers to Russia.

In regards to Europe, Neradko’s plan for resuming flight links would be a staggered resumption, based on the epidemiological situation in each individual country. However, according to Forbes, convincing the European Union to open its external borders to Russian citizens might not be so easy. The EU is planning to re-open to non-EU citizens from July 1, but countries with a large number of infections may be banned – including Russia and the USA.

According to Boris Rybak, the head of consultancy firm Infomost, it won’t be Russia making the choice about re-establishing air connections, explaining that “the decision-making centers on opening international flights this year will be located outside the country.” Because of this, Rybak believes there is a chance international links with Russia will be closed until the end of summer, or even later.

Despite the ban on international passenger flights, Aeroflot has been taking Russian customers abroad on cargo flights since June, according to newspaper Vedomosti. Mikhail Demin, Head of Public Relations at Aeroflot, explained that passengers have been admitted on flights with spare space in the cabin. He also added that all those accepted onto the cargo flights had the necessary documentation to be allowed into a foreign country, such as Russians with dual citizenship, residence permits, or diplomats. Aeorflot denies any wrongdoing