Of all 85 of Russia’s regions, Moscow has been the most significantly hit. The capital has seen 197,018 confirmed diagnoses of Covid-19, 40 percent of the entire country's total. 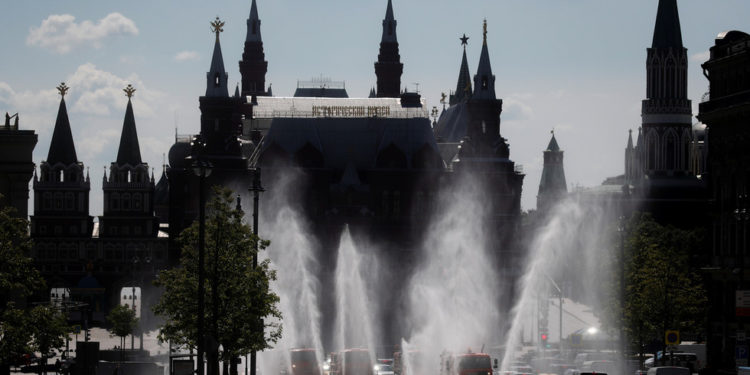 Moscow’s ten-week long strict lockdown will begin to loosen from Tuesday. Since March 29, residents have endured significant restrictions on their movement throughout the city, but normal life is now set to resume, in stages.

Initially, cafes, gyms, and most shops were closed. The measures were tightened further in the middle of April 15, with Muscovites required to apply online for a QR-code pass to leave the house for almost any reason except food shopping.

Over the past two weeks, authorities have gradually begun to ease the lockdown, and residents have been allowed to go for walks subject to a strict schedule, set by the local government. All these restrictions will be scrapped.

Sobyanin explained that, from June 9, hairdressers, beauty salons, photo stores and veterinary clinics will begin to get back to work, as well as many other businesses and organisations. From June 16, libraries and museums will open up. Finally, one week later, June 23, fitness clubs, pools and fitness centers will be allowed to restart operations.Writing on his personal website, Moscow Mayor Sergey Sobyanin said that “the vast majority of Muscovites responsibly complied with recommendations and restrictive requirements,” and the city “managed to bypass a disaster.” He emphasized that with over 20 million people in the city and its surrounding region, the Russian capital was in a uniquely precarious position, by European standards, given the population density.

According to official data, over half of those diagnosed in Europe’s largest city have recovered (104,347), and 2,970 have died. Moscow was quick to build hospital capacity and, in April, it opened a new Covid-19 hospital –built in just 30 days– in preparation for the virus’ peak.