The decision is made in light of the COVID-19 pandemic and "the need to protect the jobs" of Americans, Trump tweeted. 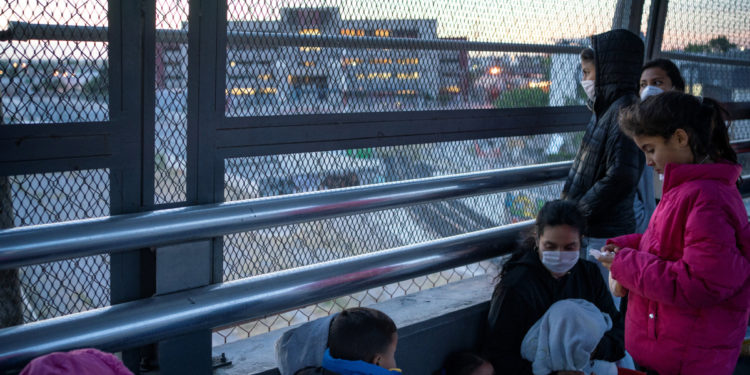 Migrants in the "Remain in Mexico" program wait in line at the border to reschedule their immigration hearings amid the coronavirus disease (COVID-19) outbreak in Ciudad Juarez, Chihuahua, Mexico, April 20, 2020. [

WASHINGTON – US President Donald Trump said Monday night that he will sign an executive order to temporarily suspend immigration to the United States.

It was not immediately clear when the suspension would go into effect or how long it would last but the order would likely trigger political and legal pushback.

The order would mark an extraordinary use of executive power by Trump, who has imposed travel restrictions on a group of nations and regions — measures that have led to chaos abroad and at U.S. airports.

During his presidency, Trump has maintained a hardline stance on immigration and border security, and pushed for a series of controversial measures, including erecting a border wall along the nation’s southern border with Mexico in a bid to deter illegal immigrants.

The number of coronavirus cases in the United States has neared 787,000, with more than 42,000 deaths, according to a tally from Johns Hopkins University on Monday.