Companies and consumers in Japan have started to call the advantages of a "weak yen" into question as the governor of the Bank of Japan reinforced his commitment to a loose monetary policy despite rising inflation. 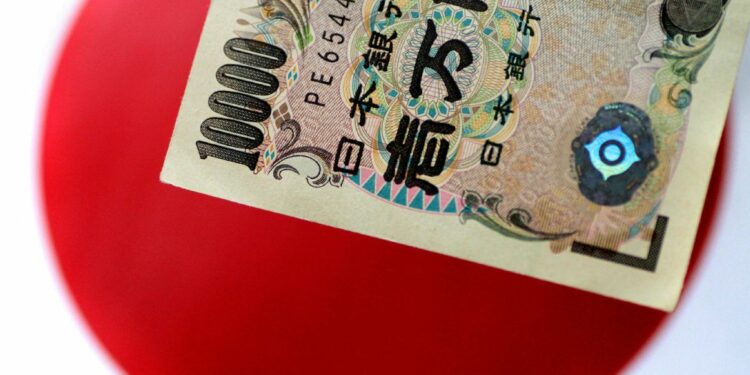 A Kyodo News survey on Monday said none of Japan’s major companies, including export giant Toyota Motor Corp, see the yen’s rapid fall as positive for the domestic economy. The survey, covering 125 Japanese companies with 109 providing valid answers, showed 31 percent said the yen’s fall was negative while 36 percent said it was neither positive nor negative for the economy.

Japan’s currency fell to a 20-year low at more than 130 yen against the dollar last Thursday after BOJ Governor Haruhiko Kuroda announced the central bank will purchase 10-year Japanese government bonds at a yield of 0.25 percent every business day to “ensure that the yield doesn’t exceed that level”.

This meant the bank is still defending its “around zero” target for the bonds, in sharp contrast with the Federal Reserve in the United States and other central banks in Europe that are moving toward monetary tightening or interest rate increases.

“It is most important to support economic recovery by patiently continuing monetary easing because the Japanese economy is still on the road to recovery from the impact of the COVID-19 pandemic,” Kuroda said.

He added that “inflation, driven by cost-push alone, won’t be sustainable. Rather, we need to see an economic recovery … to boost consumption and capital expenditure, and lead to a moderate increase in trend inflation”.

Although a weak yen was usually regarded as a blessing to Japan’s export-focused economy as it boosted overseas earnings by companies, a falling yen combined with rising oil price has pushed companies and consumers in Japan into a severe situation.

“We have been seeing fuel prices rise, along with electricity bills and gas bills. This is a result partly because of commodity price rises and the crisis in Ukraine as well as supply constraints with countries and companies not being able to buy from Russia. And a weaker yen in value means that prices are even higher. So it is a double rise in prices of fuel, energy and a wide range of products in addition to that,” said Liu Qingbin, a professor at the Institute of Advanced Sciences at Yokohama National University.

During a parliamentary session in April, Japanese Finance Minister Shunichi Suzuki said of the ongoing economic upheaval: “I don’t think we can call the current declining yen’s value a good weak yen. It is rather a bad weak yen.”

Toru Nozawa, chairman of the Japan Paper Association, and Tadashi Yanai, chairman of Uniqlo parent Fast Retailing, also expressed their dismay with the tumbling yen. “The weak yen brings no merits at all. I think there are only demerits for the overall Japanese economy,” Yanai told a news conference in April.

Liu said the reason for the rapid slide of the yen, which had lost more than 11 percent of its value since March, is twofold.

“Think of the money sitting in your back account. The relatively high interest rate of the USFR and the low interest rate of BOJ prompted investors around the globe to sell yen and buy dollars for better returns.”

“Second, it is the BOJ’s long ambition to get inflation closer to the 2 percent target. Japan had a really long time of deflation during which prices stuck at a low level for almost three decades,” Liu said, “Kuroda insists no deviation from this direction so that BOJ can achieve its goal of many decades, reflation of the Japanese economy.”

However, Liu said Kuroda’s approach is that of stubbornly sticking to an ineffective method of doing something while disregarding any changes in the situation.

“To begin with, Japan is no longer the currency-sensitive export machine it once was. Furthermore, a weak yen cannot rev up inbound tourism as expected because Japan showed no imminent sign of loosening border controls.”

“Moreover, with the upper house election to be held in July, Japanese Prime Minister Fumio Kishida is under pressure to intervene in currency markets to support the yen because people won’t vote for a government who stands by and does nothing as the price of daily necessities keeps rising,” Liu said.

Japanese exporters who would supposedly benefit from Kuroda’s policy told another story, according to a report from the Daiwa Institute of Research. They said although depreciation of the yen was supposed to expand the profits of companies from exports and overseas investments, and prompt them to boost capital expenditure, “uncertainties made companies tend to be more hesitant about increasing capital investment”.

“Under these circumstances, if the yen’s value continues to fall, we will only see a negative impact of increases in import costs. In that sense, we can say the current yen downswing is ‘a bad weak yen’, as its adverse effects are greater than the positives,” the report said.

But there are supporters of Kuroda.

An editorial in the Financial Times on Monday regarded yen weakness as an opportunity rather than a threat for Japan, saying that it would be a “mistake” for the central bank to raise interest rates.

“If the fall in the yen now makes Japanese exports cheaper, then it will be exporting deflation, which is exactly what an inflation-hit US wants right now. A weak Japanese currency therefore suits economies on both sides of the Pacific. The BOJ should stay the course and let the yen slide,” the editorial said.