Nuclear energy accounted for around 30 percent of South Korea's total power generation in 2021. 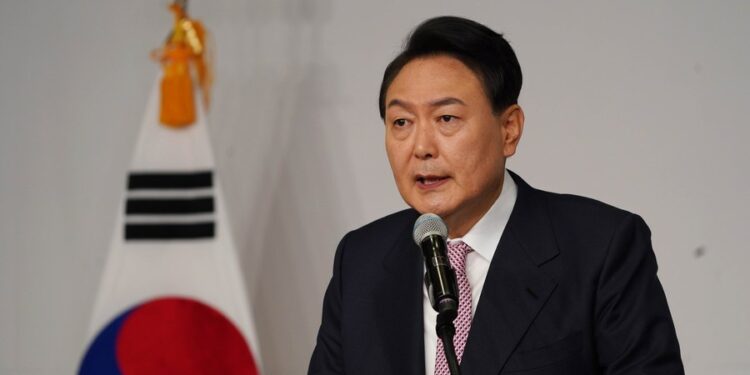 Any move by South Korea to stick with nuclear energy may help its decarbonization goals but experts say the country needs to proceed with caution and work together with neighboring countries.

Noting that the transition committee of President-elect Yoon Sukyeol is reviewing the implementation of South Korea’s climate goals, Chung Suh-yong, professor of international studies at Korea University in Seoul, said that while nuclear energy can play a key role, the ultimate issue for nuclear technology is how to ensure safety.

“It’s necessary in Northeast Asia to develop a nuclear safety (network),” said Chung, director of the university’s Center for Global Climate and Marine Governance, saying that South Korea can cooperate with China and Japan, which also use nuclear power.

He said that safety networks must be the first priority for Yoon and the countries in the region.

Yoon, who will be inaugurated on May 10, has signaled that he will reverse the outgoing government’s policy of phasing out nuclear energy, in a bid to accelerate the country’s pace toward net-zero emissions, a goal set in October last year.

Yoon’s transition team said on April 20 that the incoming government plans to allow nuclear power plant operators to seek permission for the continued operation of the facilities up to 10 years before the expiry of the designed life span of the plants, according to Yonhap News Agency.

At present, nuclear power firms can submit such requests to the government only two to five years before the plants’ preplanned closures.

If the regulation is revised, as many as 18 nuclear power generators in South Korea will continue to be operational during Yoon’s term.

Outgoing President Moon Jae-in had set a road map to exit nuclear power, aiming to reduce the number of nuclear plants in operation to 17 by 2034 from the current 24, while raising the proportion of renewables in the country’s total power generation to 20 percent from 6.6 percent during the same period, under plans to make South Korea carbon neutral by 2050.

Noting that Moon’s net-zero target was an ambitious but good approach, Chung said the plan was perhaps unrealistic as it proposed phasing out coal as well as nuclear energy while promoting renewable sources.

Chung said the incoming administration has seen the importance of nuclear energy in meeting the carbon neutrality target, given that the country has limited land and other natural resources.

Yoon’s decision has troubled some environmental groups. In a letter to Yoon on April 22, Greenpeace International Executive Director Norma Torres said the incoming government should reevaluate whether nuclear energy can be safe and affordable in helping the country meet its climate goals under the Paris Agreement.

“Korea already has the highest nuclear power plant density in the world… we wonder whether further nuclear expansion will be acceptable by the public,” Yonhap quoted Torres as saying.

Kwon Pil-seok, director of the Green Energy Strategy Institute think tank in Seoul, told China Daily that there should be more carbon-free power sources installed in South Korea. However, Yoon has indicated several times that he intends to slow down the expansion of renewables, Kwon said.

“Slowing down the installation of renewable energy is not in line with the global trend,” said Kwon, adding that South Korea will lag in terms of readiness to expand renewable energy to meet its net-zero emissions target.

Kwon said it may also be difficult for the public to accept the expansion of nuclear power plants due to incidents such as the 2011 Fukushima nuclear disaster, which was the second-worst nuclear incident after the Chernobyl accident in 1986.