The immediate priorities, according to the IMF chief, are to end the war in Ukraine, confront the pandemic, and tackle inflation and debt. 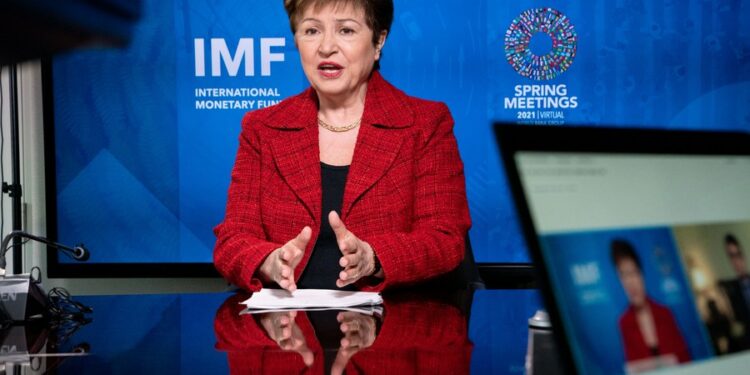 WASHINGTON – The International Monetary Fund (IMF) chief said Thursday that the organization will revise down its global growth forecast amid the Russia-Ukraine conflict, the impact of which will contribute to downgrades for 143 economies this year.

“To put it simply: we are facing a crisis on top of a crisis,” IMF Managing Director Kristalina Georgieva said in a curtain raiser speech ahead of the 2022 spring meetings of the IMF and the World Bank scheduled next week.

“In the past seven weeks, the world has experienced a second major crisis – a war on top of a pandemic. This risks eroding much of the progress we have made over the past two years, climbing back from COVID,” said Georgieva.

READ MORE: UN report: 41 Countries in Africa face maximum exposure in ‘three-dimensional crisis’ as a result of war in Ukraine

“Since then, the outlook has deteriorated substantially,” largely because of the war and its repercussions,” Georgieva noted.

The IMF chief noted that the economic consequences from the Russia-Ukraine conflict spread “fast and far,” “hitting hardest the world’s most vulnerable people.”

It has pushed up energy and food prices and exacerbated inflation, hurting hundreds of millions of families who were already struggling with lower incomes and higher prices, and threatening to further increase inequality, she said.

“As a result, we will be projecting a further downgrade in global growth for both 2022 and 2023,” Georgieva said, noting that the impact of the war will contribute to forecast downgrades for 143 economies this year – accounting for 86 percent of global GDP. The IMF will release its World Economic Outlook next Tuesday, April 19.

Georgieva noted that prospects vary greatly across countries: from catastrophic economic losses in Ukraine, to a severe contraction in Russia, to countries facing spillovers from the war through commodity, trade, and financial channels.

The double crises and the world’s ability to deal with them are further complicated by another growing risk: “fragmentation of the world economy into geopolitical blocs – with different trade and technology standards, payment systems, and reserve currencies,” she said.

The immediate priorities, according to the IMF chief, are to end the war in Ukraine, confront the pandemic, and tackle inflation and debt. She also highlighted efforts to fight climate change, while urging policymakers to embrace digital revolution.

In the face of surging inflation, central banks should act decisively, keeping their finger on the pulse of the economy and adjusting policy appropriately, Georgieva said, adding that they should also communicate clearly.

She warned that emerging and developing economies face the added risk of “potential spillovers” from monetary tightening in advanced economies – not only higher borrowing costs but also the risk of capital outflows.

To address these challenges, countries should be prepared to use the full set of tools available, which ranges from extending debt maturities and using exchange rate flexibility to foreign exchange interventions and capital flow management measures, she added.