The latest data on common cooking fuel continues to beam mixed signals from kitchens raising concern that either Kenyans are not cooking or have reversed to the use of firewood. 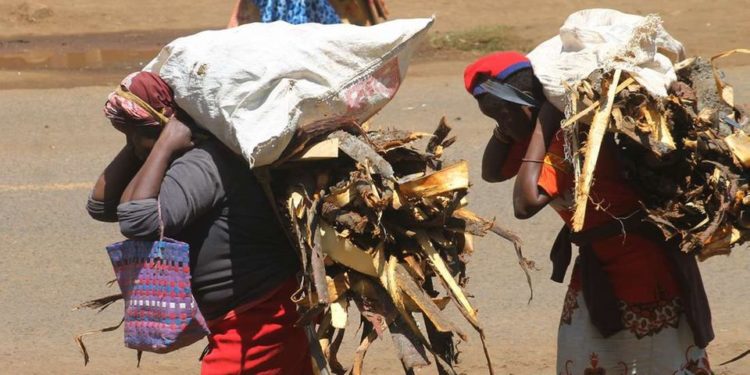 In September alone, figures from the Energy and Petroleum Regulatory Authority show that kerosene sales plunged 42 percent compared to August.

The fuel mostly used by close to two million households in the country (mainly in the urban low-income areas), sold seven million litres less in September despite the price remaining largely unchanged. This was the lowest sales since September 2018 when the Sh18 per litre adulteration levy was introduced on the commodity.

Liquefied petroleum gas used by about 3.7 million households also recorded a 48 percent drop in consumption, posting close to 20,000 tonnes reduction in consumption over the month. Both products have the lowest sales record for the year and compare lower when sampled on a quarterly basis.

So, what are Kenyans using or did they just stop cooking?

Industry experts argue that the September shock on two cooking fuels have shown in consumption trends may not entirely paint the picture of major shifts on how kitchens are being powered but shows a possible drift to the dirty ways of heating food such as use of firewood and charcoal.

The government, which has been keen on phasing out use of wood fuel for cooking back pedalled this year, re-introducing Value Added Tax on materials used for making clean cookstoves, driving up prices and discouraging investment into the sector.

Clean Cooking Association of Kenya Programme Manager Mariam Karanja said the move recently made through the Finance Act has created constraint’s in the market with products becoming more expensive and raw materials getting scarce.

“Some of our members have felt the impacts of the VAT already as the cost of production has gone up, some are not able to acquire raw material for production.

Some such as Denatured Technical Alcohol (Bioethanol) for cooking is subject to the VAT, which adds at least Sh15 per litre to the retail price for customers,” Ms Karanja said.

CCAK last year conducted an in-depth survey on the source of fuel Kenyans use for cooking, painting a grim picture on efforts put in place to rid kitchens of dirty fuel.

The survey found that traditional three stones used with firewood remains a prominent method of cooking especially in rural households.

The method has historically been and remains the most commonly used fuelwood-based cooking option in Kenya with about 58 percent still using it in 2019 compared to 76 percent in 1999 of households.

Seven in 10 kitchens in Kenya still depend on either charcoal or firewood as their primary or secondary cookstove, with a greater prevalence of 92 percent in rural areas. From the study, 93.2 percent of rural households actually use wood fuel (fuelwood or charcoal) as their primary fuel.

With the latest data showing a shift from the cleaner LP and the dirty kerosene, the worry that more households may have sunk deeper into the wood fuel remains real.

The government had hoped to entice homes to start using electricity for cooking after millions of households were hooked to the electricity grid has made little success due to the entry barrier associated with electric cooking appliances.

Energy Cabinet Secretary Charles Keter sparked criticism in June when he urged households to consider using electricity to cook as demand for power drops due to restrictions brought about by the Covid-19.

The CS based his call for use of electricity to power kitchens on existence of modern electrical appliances that have technical modifications which make them energy efficient, reducing their costs when used for cooking.

“Households should also utilise electricity for cooking especially with the more advanced energy efficient cookers and other appliances available,” Mr Keter said in response to queries over fall in power demand

The November 2019 survey which was done in collaboration with the ministry of energy had however shown that only 3 percent of households owned an electric cooking appliance such as mixed LPG-electricity stove, electric coil stove and microwave.

The low uptake, according to the survey, was largely attributed to the high cost of the stoves (the survey reported an average retail price for the mixed-LPG stove at Sh28,920 and Sh39,250 for urban and rural users respectively) and cost of electricity.

Households consuming less than 100 units currently buy electricity at Sh10 per unit while those consuming more than 100 units pay Sh15.8 per unit. The tariff is however set for review after months of push by Kenya Power who claim the lower tariffs have hit their revenue hard and made operations difficult.

A slide back to wood for cooking has both environmental and health impact to the government with efforts to improve forest cover and to reduce respiratory infections facing a huge test.

A 2014 market assessment report by the Global Alliance for Clean Cook stoves (GACC) in 2014 estimated that over 15,000 Kenyans die annually due to exposure to household air pollution from burning solid fuels. The number has since risen to 21,560 according to the November 2019 study.

Women, who are the primary wood collectors in Africa are also prone to headaches, anaemia, and other symptoms of excessive carbon monoxide exposure.

The World Bank in a 2015 report on the state of global clean and improved cooking sector said rural women in Africa transport firewood loads of 10–38 kilograms, with an average of roughly 20 kilograms, and travel between 1–10 kilometres during wood collection trips.

The process takes time and deprives them time to engage in economically yielding activities apart from exposing them to sexual attacks according to the report.