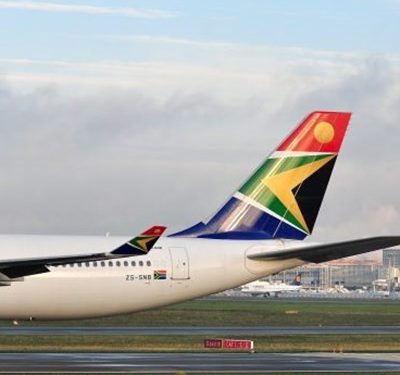 However, concerns have been raised about the state’s ability to provide further bailouts to troubled SOEs amid the expected rise in public debt.

This year’s expenditure requirements and the impact of the Covid-19 pandemic are expected to put a heavy strain on the already strained fiscus.

Gordhan assured the public that the differences between himself and Mboweni over funding SAA had been overcome following months of disagreements about the bailout.

Anchor Capital’s investment analyst, Casey Delport said Mboweni’s Budget would provide a clearer idea as to the fate of SAA.

“This will set the tone for other SOEs in the sense (of whether) government support still exists and if the government will still spend more taxpayer money on failing SOEs,” Delport said.

“The ongoing injections to SAA underscore the risks posed by SOEs, and the pressure to increase pro-poor spending remains significant.”

Mboweni in June warned that gross national debt would be close to R4 trillion, or 81.8 percent of gross national product (GDP) by the end of this fiscal year.

Director and chief economist at Econometrix Dr Azar Jammine said in an interview that the issue of transfers in the Budget would be looked at “very closely” by the markets.

Ramaphosa last week said the government would reduce the reliance of SOEs on the fiscus by stabilising strategic companies, accelerating their rationalisation and identifying strategic partners where appropriate.

Jammine said this might mean that Mboweni might avoid making huge and unexpected transfers to SOEs as investors would be happy to jump in if given the opportunity.

“I don’t see the government allocating more than normal to SAA,” Jammine said.

“Ramaphosa spoke of strategic equity partners or listing some entities. In that case, they won’t be dishing much.”

Jammine, in fact, said Mboweni could afford to take a risk and increase spending on SOEs and social welfare slightly within a certain threshold of the Budget deficit. Mboweni is expected to deliver a framework of fiscal consolidation, debt reduction and reprioritisation. “Mboweni will be forgiven if the debt deficit could go up to 16.5 percent, that’s about R30 billion. Unless the budget deficit goes significantly as high as 20 percent of the GDP, that will be unsustainable,” he said.

“You worry about the debt after the war. In terms of the social relief of distress grants, I personally think that the government has no option at the moment but to carry on (with them), though the fiscus cannot carry it.”

SAA has been in business rescue since December 2019 and suspended its operations at the end of March when the country went into lockdown to curb the spread of Covid-19.

Last month, SAA rescuers suspended all operations immediately while talks with the government continued on funding of R10.4bn for the airline’s immediate short- and medium-term operations.