World Bank: AfCFTA May Boost Nigeria, Others’ Incomes by $450bn

The report stated that AfCFTA represents a major opportunity for countries to boost growth, reduce poverty and broaden economic inclusion. 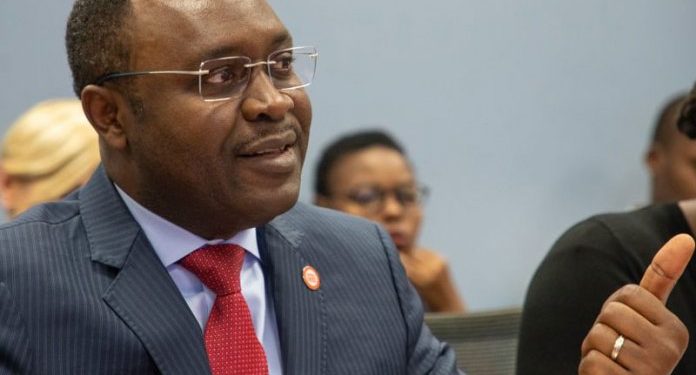 A report by the World Bank has stated that the African Continental Free Trade Area (AfCFTA), if fully implemented, could boost the region’s income by seven per cent or $450 billion.

In addition, the Washington-based institution estimated that the pact, if implemented, could also speed up wage growth for women and lift 30 million people out of extreme poverty by 2035.

It added that achieving these gains is pivotal given the economic downturn caused by the COVID-19 pandemic, which is expected to cause up to $79 billion in output losses in Africa in 2020.

According to the World Bank, the pandemic has already caused major disruptions to trade across the continent, including in critical goods such as medical supplies and food.

It said most of AfCFTA’s income gains were likely to come from measures that cut red tape and simplify customs procedures.

The World Bank’s Chief Economist for Africa, Mr. Albert Zeufack, was quoted in the report obtained yesterday to have stated: “Tariff liberalisation accompanied by a reduction in non-tariff barriers such as quotas and rules of origin would boost income by 2.4 percent, or about $153 billion.

“The remainder $292 billion would come from trade-facilitation measures that reduce red tape, lower compliance costs for businesses engaged in trade, and make it easier for African businesses to integrate into global supply chains.

“Successful implementation of AfCFTA would help cushion the negative effects of COVID-19 on economic growth by supporting regional trade and value chains through the reduction of trade costs.

“In the longer term, AfCFTA would provide a path for integration and growth-enhancing reforms for African countries. By replacing the patchwork of regional agreements, streamlining border procedures, and prioritising trade reforms, AfCFTA could help African countries increase their resiliency in the face of future economic shocks.”
He said the continental agreement could increase employment opportunities and incomes, helping to expand opportunities for all Africans.

“The AfCFTA is expected to lift around 68 million people out of moderate poverty and make African countries more competitive.

“But successful implementation will be key, including careful monitoring of impacts on all workers women and men, skilled and unskilled across all countries and sectors, ensuring the agreement’s full benefit,” he stated.

The report noted that the agreement would reshape markets and economies across the region, leading to the creation of new industries and the expansion of key sectors.

Overall economic gains would vary, with the largest gains going to countries that currently have high trade costs, it said.

According to the report, Côte d’Ivoire and Zimbabwe where trade costs are among the region’s highest would see the biggest gains, with each increasing income by 14 per cent if the agreement is fully implemented.

The report also stated that AfCFTA would also significantly boost African trade, particularly intra-regional trade in manufacturing. Intra-continental exports would increase by 81 per cent while the increase to non-African countries would be 19 per cent.

Implementation of the agreement would also spur larger wage gains for women and an increase of 10.5 per cent by 2035 than for men 9.9 per cent, it added.

“This report is designed to help countries implement policies that can maximise the agreement’s potential gains while minimising risks. Creating a continent-wide market will require a determined effort to reduce all trade costs.

“This will require legislation to enable goods, capital, and information to flow freely and at easily across borders. Countries that do so will be able to attract foreign investment and increase competition that can increase productivity and innovation by domestic firms. Governments will also need to prepare their workforces to take advantage of new opportunities with new policies designed to reduce the costs of job switching,” it stated.

The Secretary-General the AfCFTA, Mr. Wamkele Mene, had in April, announced the postponement of the implementation of the AfCFTA agreement scheduled for July 1, 2020, citing the COVID-19 pandemic.

Meanwhile, the African Development Bank (AfDB) has approved $27.4 million in grants to boost the African Union’s (AU) efforts to mobilise a continental response to curb the COVID-19 pandemic.

The approval comes on the heels of a meeting of the extended Bureau of the AU Conference of Heads of State and Government with Africa’s private sector in April 2020, which was chaired by President Cyril Ramaphosa of South Africa, the current chairperson of the AU.

According to a statement, AfDB’s President, Dr. Akinwumi Adesina, who attended the meeting, had pledged support for the AU COVID-19 initiative.

Speaking after the board’s approval of this operation, Adesina said: “With this financing package, we are reaffirming our strong commitment to a coordinated African response in the face of COVID-19. Most importantly, we are sending a strong signal that collectively, the continent can address the pandemic in Africa, which is straining health systems and causing unprecedented socio-economic impacts on the continent.”

The bulk of the bank’s grant financing for this operation, about $26.03 million, will help to strengthen the institutional capacity of the Africa Centres for Disease Control and Prevention (Africa CDC) to respond to public health emergencies across the continent while the balance of $1.37 million will be a contribution to the AU COVID-19 Response Fund.

The two grants, from the bank’s concessional window, the African Development Fund, and the Transition Support Facility will support the implementation of Africa CDC’s COVID-19 Pandemic Preparedness and Response Plan through strengthening surveillance at various points of entry (air, sea, and land) in African countries; building sub-regional and national capacity for epidemiological surveillance; and ensuring the availability of personal protective equipment for frontline workers deployed in hotspots and testing materials.

The operation will also, facilitate the collection of gender-disaggregated data and adequate staffing for Africa CDC’s emergency operations centre.

At the beginning of February 2020, only two reference laboratories in Senegal and South Africa could run tests for COVID-19 on the continent. The Africa CDC, working with governments, the WHO and some development partners and public health institutes, have increased this capacity to 44 countries. Despite this progress, Africa’s testing capacity remains at less than 600 per one million people compared to 50,000 in Europe.

“Our response today and support to the African Union is timely and will play a crucial role in helping Africa look inward for solutions to build resilience to this pandemic and future outbreaks,” the bank’s Acting Vice President, Agriculture and Human Development, Wambui Gichuri, said.