Healthcare services are lacking essential medical supplies, and in some cases infrastructure has been severely damaged. This makes access to health care very challenging, depriving people of the essentials they need to survive. 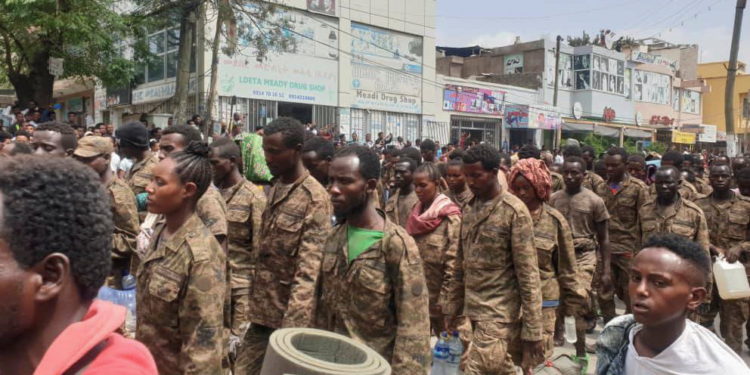 As the conflict in northern Ethiopia continues to evolve, hundreds of thousands of people have been displaced, putting enormous strain on the region’s healthcare system and medical workers. As a result, the International Committee of the Red Cross or ICRC said on Tuesday that it is profoundly concerned over availability of medical treatment, including drugs and equipment, in northern parts of the country.

Consequently, the ICRC is adapting its assistance efforts with a focus on the most vulnerable. However, their capacity to respond has become limited as medical supplies dwindle, with delivery of humanitarian assistance seriously hampered by a combination of fighting, insecurity and access constraints, the organization said.

Micha Wedekind, the officer in charge of the ICRC’s response in Ethiopia’s Amhara and Afar regions, said the they are deeply concerned by recent reports of continued fighting in northern Ethiopia causing civilian casualties.

“Some hospitals in Amhara have closed due to lack of medicines. People with chronic diseases are dying every day and women are giving birth at home as health facilities are not functional and often without electricity or water,” Wedekind said.

“In Tigray, single-use items such as gloves, surgical materials and even chest drains are being washed and reused, increasing the risk of infections. In some places, doctors have replaced disinfectant by salt to clean wounds. Patients are receiving expired medications, oxygen plants are not working anymore, and some health facilities cannot provide routine vaccines.”

The ICRC reminded all parties to the Ethiopian conflict that they must facilitate without delay the delivery of humanitarian assistance to those who need it most.

“We call upon all parties to the conflict to respect the rules and obligation of international humanitarian law, which provide that civilians are protected against attack and that everything feasible must be done to verify that targets are military objectives. To the extent feasible, civilians must also be removed from the vicinity of military objectives,” the ICRC said in the statement.

A year of conflict in Ethiopia between the government and the Tigray People’s Liberation Front has left thousands dead, forced more than two million people from their homes and pushed parts of the country into famine, according to the ICRC.