COVID-19: vaccine trials are at risk after Africa racism backlash

African communities in France are warning relatives in Africa to refuse to take part in trials for the coronavirus disease 2019 (COVID-19) treatments or vaccines, prompting fears for the success of clinical research. 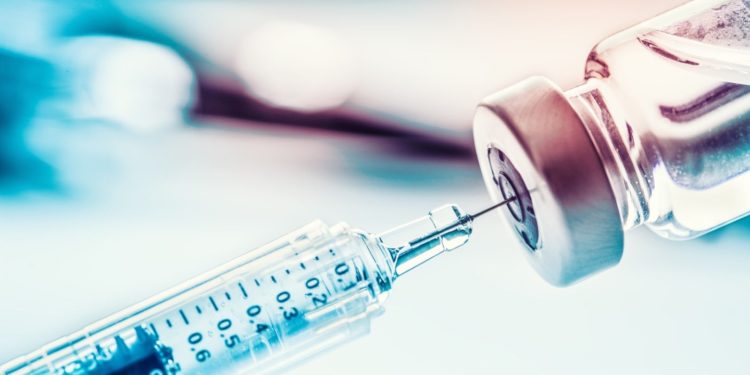 High-profile African figures, including footballers Samuel Eto’o and Didier Drogba, have voiced their opposition to medical trials, which many perceive are using Africans as ‘guinea pigs’.

Comments from French researchers Camille Locht and Jean-Paul Mira prompted the outcry after they discussed conducting medical trials in Africa in a live news broadcast. The exchange portrayed the public health situation in Africa as an opportunity to conduct BCG trials, because of the high level of exposure and size of the sample.

BCG is Bacillus Calmette-Guérin, a vaccine used against tuberculosis. It appears to produce a non-specific immunity that protects against lung infections, especially in infants, making it of interest for novel coronavirus.

“We have data that show that when we revaccinate adult subjects, they can also be protected against viral respiratory infections, and this is the approach that is advocated in relation to this revaccination trial,” says Odile Launay, professor of medicine, infectious disease specialist, and coordinator of the Cochin-Pasteur National Clinical Research Network in Vaccinology.

The trial will consider whether BCG can confer immunity against the respiratory complications associated with COVID-19. Several countries, including France, have urgently launched a range of clinical trials to develop therapeutic solutions effective against SARS-CoV-2, the coronavirus that causes COVID-19.

“This is about the trust between our peoples and the future prospects of North-South assistance, on a collaborative basis of course, that could suffer, or even come to an end because of this blunder.” Christian Hervé, professor of medicine and president, International Academy of Medical Ethics and Public Health

Ayola Akim Adegnika, a specialist in immunology and parasitology based at the University of Tübingen in Germany and the Centre for Medical Research (CERMEL) in Gabon, says that the scientific community hopes the comments will not hinder much-needed clinical research.

Clinical trials need to include a variety of geographies, ancestries, ages, and risk groups to ensure treatments will be widely successful when rolled out.

“This is a disease that has shown us at a global level how much we all depend on one another and that we need to work together to combat it,” said Adegnika.

He said communities taking part in clinical trials should not be made to feel that they are being exploited or disrespected.

“What we need to consider from an ethical perspective is that what is at stake goes well beyond the unfortunate statement made by an individual who has since expressed regret for it,” said Christian Hervé, professor of medicine and president of the International Academy of Medical Ethics and Public Health.

“This is about the trust between our peoples and the prospects of North-South assistance, on a collaborative basis, of course, that could suffer, or even come to an end because of this blunder.”

The exchange, between Mira, head of the intensive care unit at the Hôpital Cochin in Paris, and Locht, director of research at France’s National Institute of Health and Scientific Research (Inserm), aired on the French news channel LCI on 1 April.

Mira asked: “If I can allow myself to be provocative, should we not carry out this study in Africa, where there are no masks, no treatment, no intensive care, a bit like what has incidentally been done in several studies on AIDS, or looking at prostitutes? We try things because we know they are high-risk and they don’t use protection…What do you think?”

Locht agreed and indicated a project along such lines was already in development.

The comments resulted in an outcry and protests among African communities. Prominent scientists added their voices to the wave of indignation, in spite of the relevance of such trials in managing the COVID-19 pandemic.

Heated views, ranging from the calling out of racist discourses to conspiracy theories about the depopulation of Africa, were shared on social media and messaging apps. Petitions were addressed to the World Health Organization (WHO) and the United Nations Children’s Fund, UNICEF.

WHO director-general Tedros Adhanom Ghebreyesus condemned what he said were “racist comments” indicative of a “colonial mindset”. Africa, he added, should not be confined to the role of ‘a testing ground’ for a vaccine.

In France, the non-profit SOS Racisme indicated it was considering legal action, while the Moroccan Lawyers’ Club has reportedly filed a legal complaint about what it describes as racial defamation.

Inserm said in a statement that Locht “understands why people were upset he did not challenge the views put forward by the person he was speaking to on a program broadcast live on LCI. The conditions in which the interview took place did not allow him to react appropriately. He apologizes for this and is keen to emphasize that he did not say anything racist.”

The directorate of the Paris Hospitals Trust issued a response that included an apology from Mira: “To all those who have been hurt, shocked, or felt insulted by my clumsy choice of words on LCI this week, I would like to offer my most sincere apologies, because those words are in no way a reflection of who I am, nor of what I have been doing daily, for over 30 years.”